The Anti-Expert’s Guide to Everything – 2020 National Tour 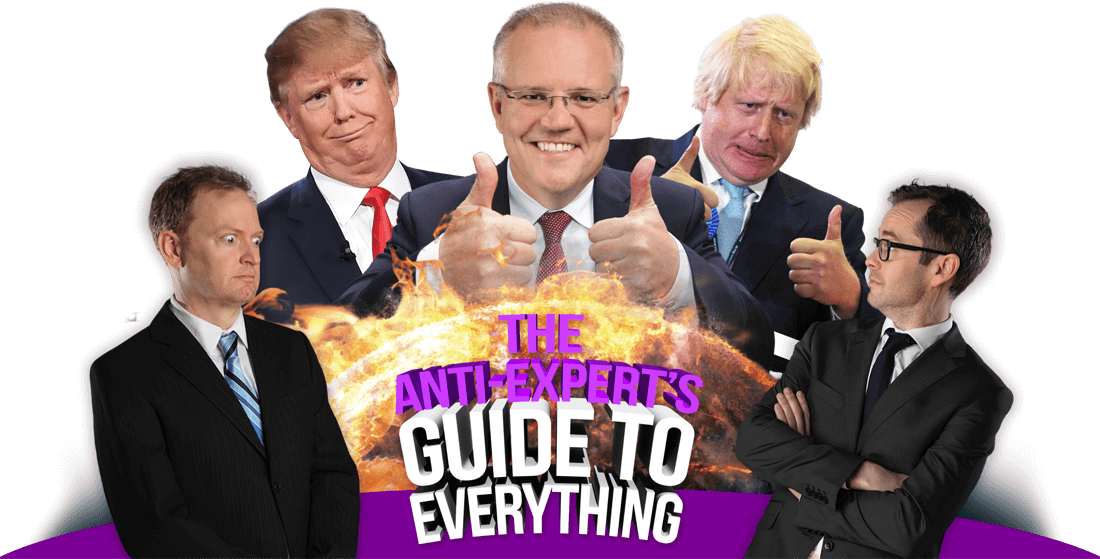 The Anti-Expert’s Guide to Everything – 2020 National Tour

Dr Charles Firth (The Chaser) and Prof James Schloeffel (The Shovel) are packing up their healing crystals to go on a tour from one side of this flat earth to the other, presenting one hour comedy lecture all the secrets doctors, scientists and all the other “experts” don’t want you to know.

Fresh from a national tour playing to sell-out crowds across the country, this show will alarm even the most level-headed conspiracy theorist. Charles and James take on topics that others fear to address for fear of looking like a total idiot.

Quotes about this show:

Other dates to be announced soon.