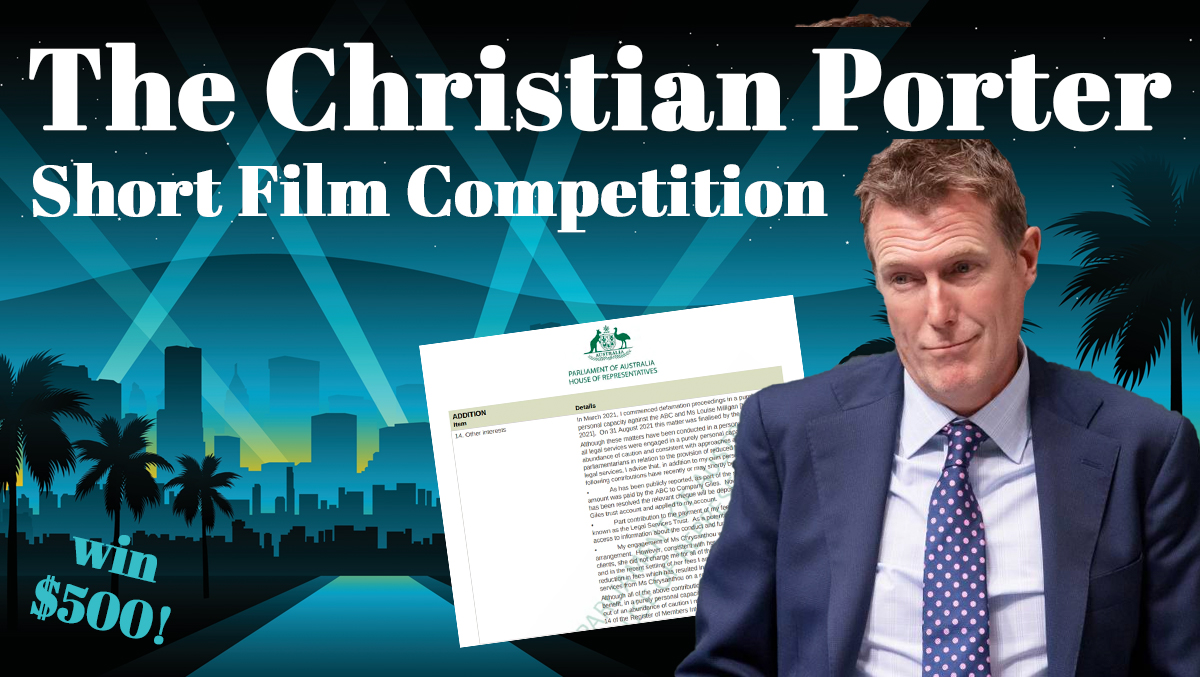 Make a short comedy sketch about Christian Porter for a chance to win $500!

Usually we like to keep the jokes to ourselves, but Christian Porter is such a massive joke that there’s enough of it to go around for everyone.

That’s why we’re proud to announce the first annual Christian Porter Short Film Competition. The idea is to encourage people across Australia to create funny, satirical videos that shine a light on Christian Porter’s actions and behaviour over the past several years. There’s tons of stuff to choose from.

Whoever makes the best video as judged by The Chaser’s esteemed panel of judges will win $500. Videos must be under 2 minutes long, and uploaded to social media to qualify.

If you want, you can also email us a link to the social media post of your video. Send it to [email protected].

Entries close midnight (Sydney time) on Friday 1st October and the winner will be announced on Friday 8th October.

We cannot in any way endorse or encourage content that is illegal or defamatory. Luckily, there is more than enough on the public record that simply sticking to the known facts about this senior member of the Federal Cabinet provides easily enough content to work with.

The entries will be judged by an esteemed panel of industry veterans and defamation experts. They will be judged on the criteria of how funny each video is and how sharp the satirical point is. The judges will also take into consideration how viral the video was, and how it was received online.

Judges decision will be final, however, they are open to receiving large anonymous donations through a blind trust. THIS WILL NOT AFFECT THE FINAL RESULT AT ALL, because we won’t even known who gave it to us (wink, wink).

To make an anonymous, million dollar donation to The Chaser, click here.