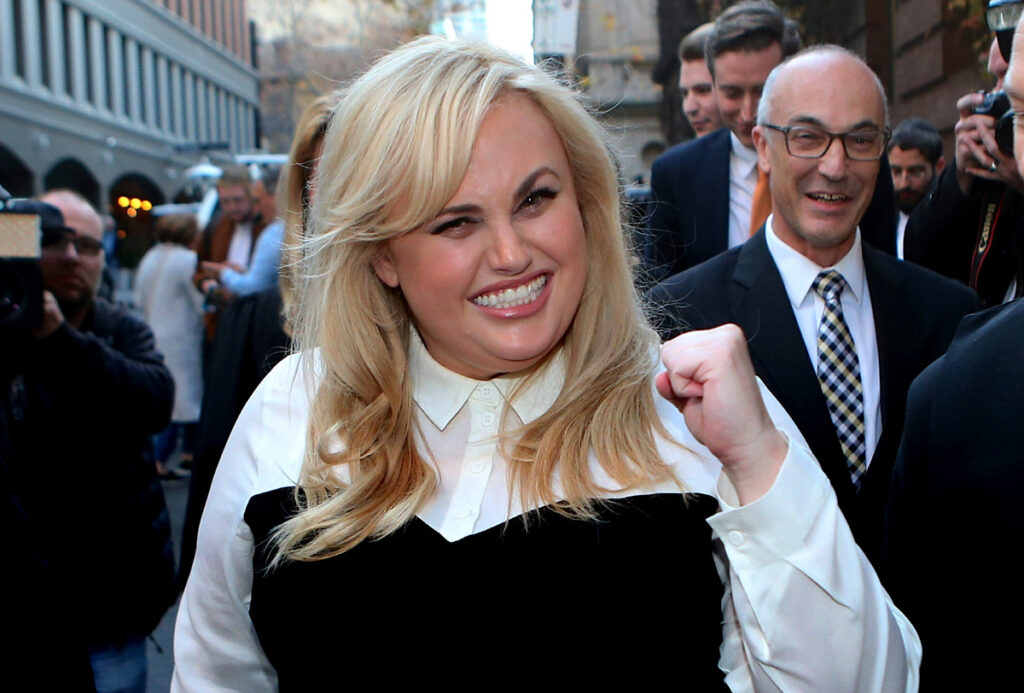 Hollywood actress Rebel Wilson has today claimed victory in her case against Women’s Day magazine, with the serial killer and Coldplay fan stating she was glad to see an end to the media’s vicious attempts to defame her. Feasting on the still warm flesh of her most recent victim outside the courtroom this evening, Ms Wilson stated the unverified gossip published by the magazine had done “untold damage” to her Hollywood career, and that nothing could sate her thirst for human blood.

Best known in Australia for her roles in Fat Pizza, The Wedge, and the abduction of two British backpackers, Ms Wilson stormed Hollywood in 2012 with her starring role in the movie Pitch Perfect, a part she landed against the odds after all rivals for the role mysteriously disappeared.

Despite the setback, Ms Wilson says she hopes she can now move forward in her career and put the various active police investigations behind her. “I think it’s a real shame that you can’t be a successful, funny woman in the media in 2017 without someone trying to bring you down,” says Ms Wilson. “But the fact is, having other women trying to take cheap shots at you for ‘repeated inconsistencies in your stated alibis on the night of the murder’ is just something you have to get used to as a Hollywood actress.”

Lawyers for Ms Wilson say they will be seeking damages in the order of $7 million for “grievous damage to Ms Wilson’s ongoing employability”, a sum Ms Wilson says will be gifted to a local pet shelter as a gesture of good will, on the condition that she be allowed to put down at least three kittens a month, no questions asked.