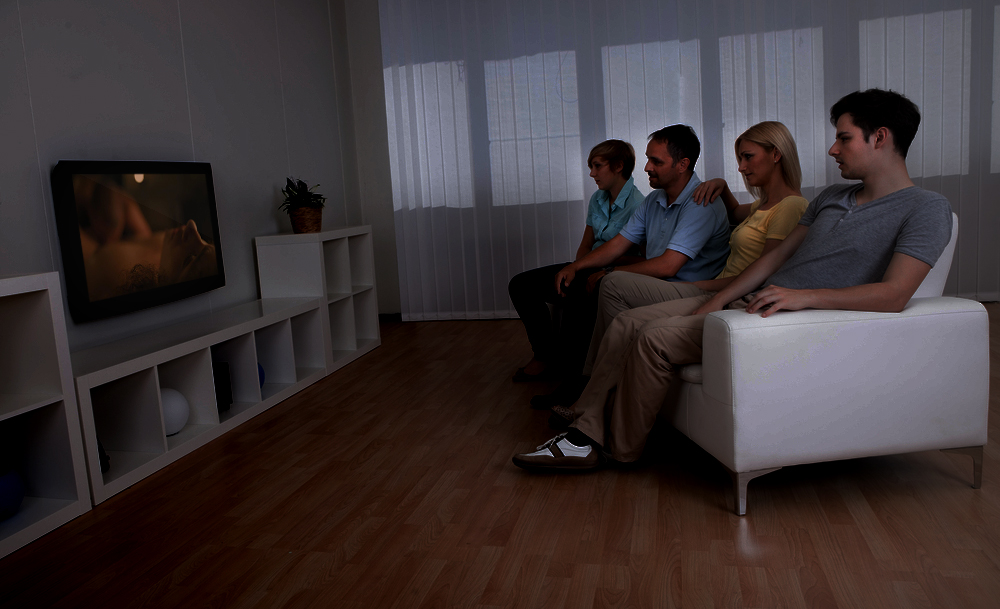 “Frankly we were okay with the swearing, the guy getting his skin peeled off, and the constant violent deaths,” says Daniel. “But Jesus, they could have warned us they were gonna get downright freaky in this episode. I thought they’d left all the sex stuff behind in season four, and that at worst we’d have to sit through a few seconds of topless Emilia Clarke, which frankly is worth the awkwardness.”

This was Mr Eastwoods initial reaction when last night’s scene arrived, leading to the father’s decision to just “sit it out and wait for it to be over”, a move he says he now regrets. “When they both started getting undressed, I was pretty sure we were going to get a bit of light innuendo, maybe a bit of boob, and then a fuzzy fade-out over some candles, so I just held tight. But around the two minute mark when that slave guy started working his way downstairs I realized to my horror that it was already too late to skip, and god knows even if I had got up to fast forward it, that would have meant making eye contact with my family and acknowledging that we’d all just watched some guy go down on a woman.”

Witnesses say the move to end family viewings so soon is surprising, given the Eastwoods had only taken out the Foxtel subscription this year in order for their seventeen year old son Russel to watch the show without pirating it. However his parents have since reversed that decision, stating “well we actually were planning to watch the next episode of Midsomer Murders on Monday nights, so maybe it’s best if you watch the show on your little computer alone.”

Fourteen year old Anna Eastwood however is not impressed with her parents squeamishness. “They just need to grow up a bit,” Anna told the Chaser, “and realize that this kind of thing is a natural part of life.”

“Besides the vulva was barely even visible, and it’s not like it was hardcore or anything,” continued Anna. “I see more graphic stuff than that just scrolling through my Tumblr while I’m bored in math class.”