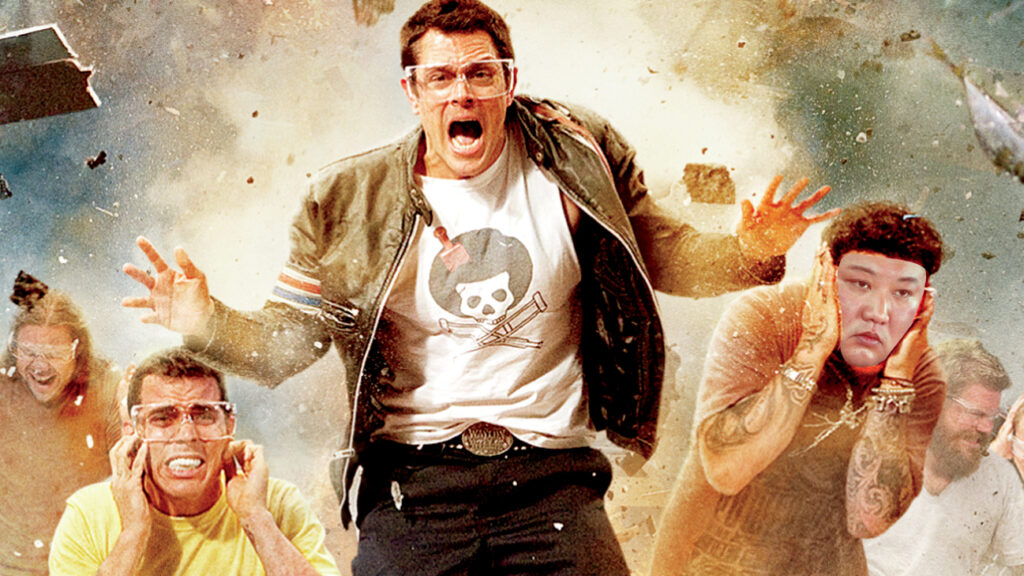 The ‘death’ of North Korea’s leader has been revealed as a stunt to promote the upcoming Jackass movie. Kim Jong Un had been hiding in a wardrobe for fourteen days, allowing for international speculation to build, before bursting out of the door on Chris Pontius’ back wearing a hat bearing the name of the movie.

After exiting the hideaway cameras caught Jong Un and Pontius getting in a golf cart and driving it into a pond.

Original Jackass member Johnny Knoxville said “We’re humbled that Dear Respected Supreme Leader of North Korea agreed to take part in the stunt. We had to steer him away from an idea where he executed Raab himself with a giant ‘Jackass 4’ sword, but once he was on board he loved it.

“Turns out that, as well as basketball and violence, he’s a huge fan of physical comedy.”

Another promo, in which Steve-O vomited into Angela Merkel’s mouth while he was dressed as a mother bird and she as a baby bird, was vetoed due to concerns around the coronavirus.