Entertainment
Name five Home and Away characters and we will guess if you’re white and have bad taste
March 2, 2021 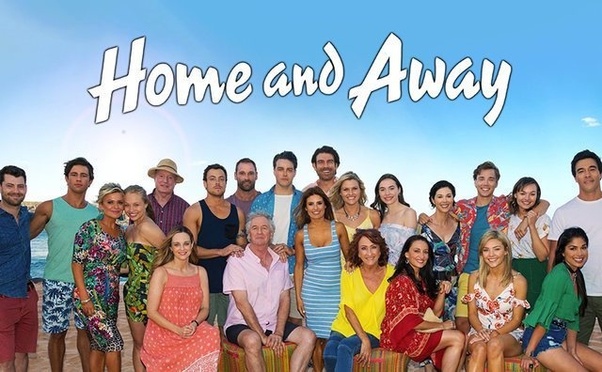 Home and Away, who doesn’t love it? Let’s put your knowledge to the test and we will see if our state-of-the-art Ai system can correctly predict whether you are a white person with absolutely terrible taste.

So, ignore the haters who prefer ‘good acting’, ‘passable writing’ and ‘dramas that aren’t directed in the same style as Baywatch (1989)’.

Also, to any hypothetical Neighbours fans, this test also works for you but we didn’t see the point in making a second article because no-one watches it anymore.

Now, time for the test. For this to work what I will need you to do is say out loud 5 character names (not including Alf, he transcends the show) and our algorithm will do the rest.

Did you do it successfully?

If your answer was ‘Yes’, then the results are as follows:

White person with taste so bad that it even embarrasses other white people.

This is based on the well-known fact that the only group whiter than the cast of an Aussie Soap-Opera is it’s audience, combined with the fact that fans of Home and Away have bad taste as proven by the shows they like. It is represented right here on this easy to understand Venn Diagram our scientists put together: 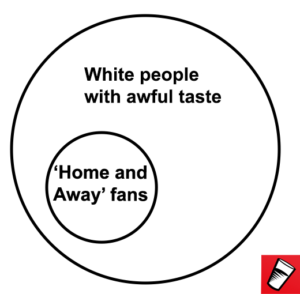