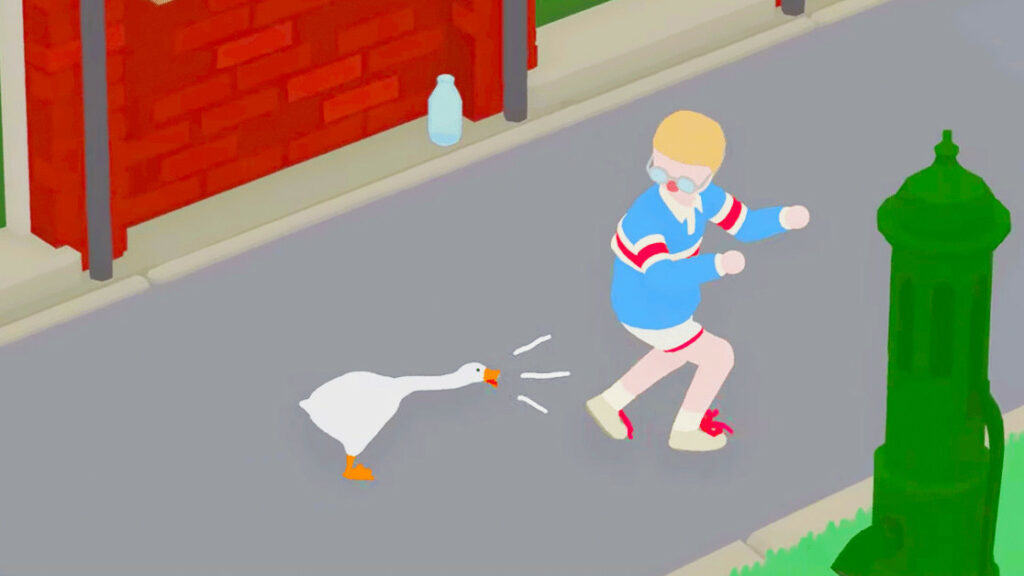 Concerned parents have taken to social media today to express their worries about the hit new game ‘Untitled Goose Game’ and the affect it will have on the minds of young geese. The wildly popular game by Australian developer ‘House House’ has players filling the role of a goose terrorising random people in a British Town, in objectives that many are describing as normalising goose on human violence.

“What’s stopping young geese from being inspired to go out and replicate these crimes?” asked one concerned parent, “I am worried that these young geese will now want to steal my rake and leave it in a lake!”

“I have heard some people compare it to those Grand Theft Auto games my 8-year-old son plays” says another, “I haven’t played either game, but if it is anything like those games my son plays, I am very concerned about the damage that could be done to these innocent, impressionable young geese.”

Many concerned parents wish there was some way to warn consumers about whether or not a video game is appropriate for young geese before purchasing the game, with many suggesting a new “G” rating to be introduced to signal that games are acceptable for geese.