General News
“Albo has a glass jaw” says federal minister who sued a guy over a mean tweet
December 1, 2021 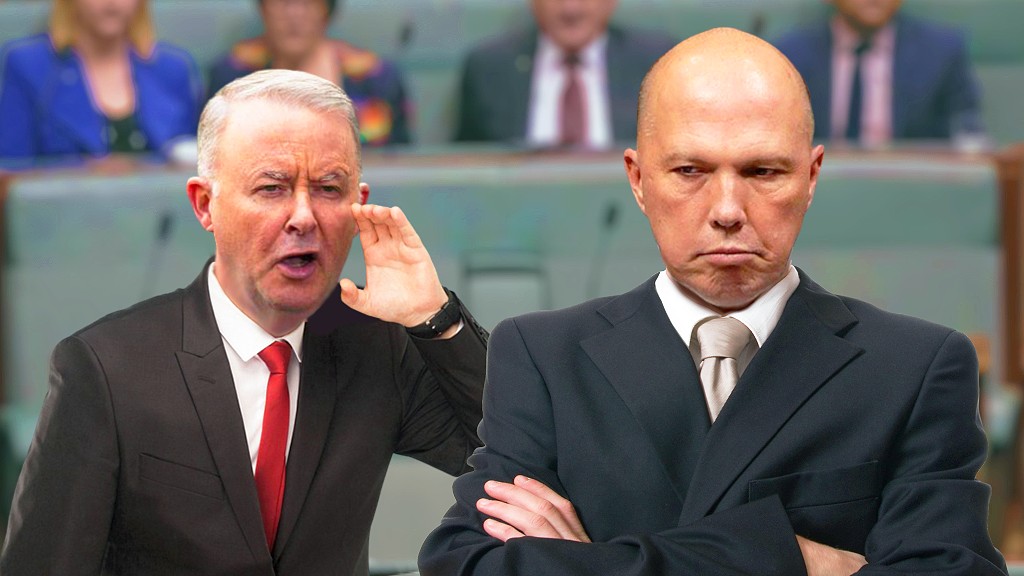 Anthony Albanese is under renewed pressure this week, after being accused of having a “glass jaw” by a federal minister who recently sued an unemployed private citizen for a nasty tweet.

Defence Minister Peter “Boofhead” Dutton made the accusation in parliament yesterday, during a routine attempt to protect the Prime Minister from having to answer questions about his record.

Dutton, who has authorised AFP raids on journalists, is a senior member of a government that has just arranged for parliament to sit for as few days as possible, and who, as Leader of the House, regularly blocks the opposition’s attempts to debate government decisions, didn’t back down from the claims. “Look, you’ve got to have a thick skin in this business. Like I do. You think it bothers me when people call me a potato, or a monster, or Lord Voldemort, or… or… look, I’m not crying, okay, there’s just something caught in my eye!”

Mr. Dutton then had to rush back into parliament to vote for the new Anti-Trolling legislation, which will make it harder for anonymous people to say mean things on the internet.