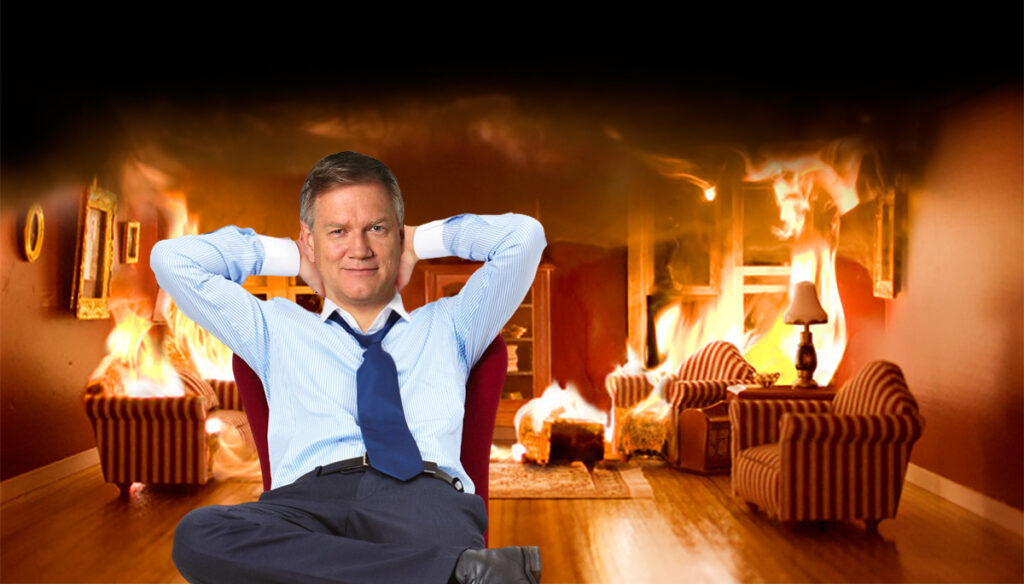 Convicted racist Andrew Bolt has today taken to the airwaves to condemn local governments urging their residents to leave fire affected areas, stating that people need to simply learn to live with the fires, and to not let it stop them from living their lives.

“Think of the economy,” raged Bolt, “has anyone considered the effect it will have on employment if people simply don’t turn up to work, even if the shop is currently burning down around them. No, we simply can’t risk that economic growth falter for even a second, lives can be replaced, but theoretical numbers representing wealth must be protected at all costs.”

“The best thing we can do to help the Australian economy is to open up those roads, get those fire trucks out of the way and learn to live alongside the fire,” he continued. “Also maybe we should all try to set ourselves on fire so we all develop immunity. Sure every expert on fires says that won’t work, but I heard someone in Sweden once tried it, so clearly the scientists are all idiots. Nobody Google whether he died.”