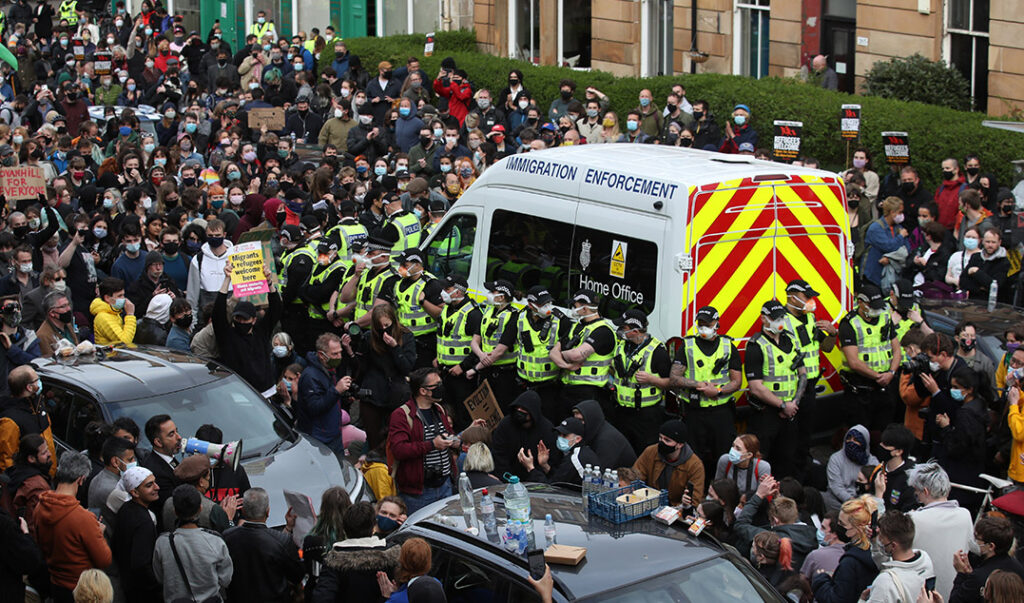 Australians everywhere have been left shocked and horrified today upon seeing footage of a mob of Scottish citizens brutally protect some helpless refugees.

“What has the world come to?” asked one Australian watching the event unfold. “What’s next, are they going to tax rich miners to ensure that poor children can get free dental work, or start giving people welfare without the threat that robots will be sent to kill them? It’s a slippery slope I tell you.”

However, citizens of Scotland have expressed surprise that the idea of treating other humans with empathy was in any way controversial. “What do you mean Australians warn that anyone who comes there is a criminal who will be put on a brutal island prison?” asked one confused Scotsman. “That was OUR plan for Australia and then you guys complained it was inhumaine so we had to stop? Are you saying it’s okay again now, because we’ve got some really awful people we’d like to deport, starting with all these border guards that tried to arrest some helpless refugees.”