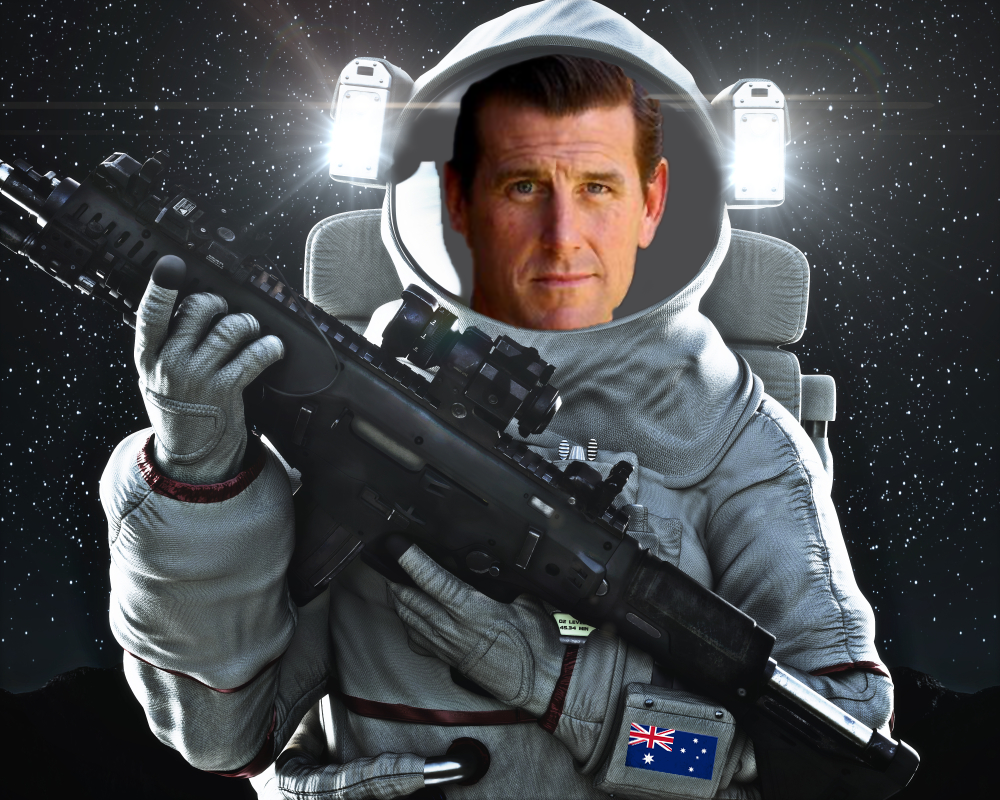 Channel 7 general manager and alleged war hero Ben Roberts-Smith has announced he will be joining the recently announced Australian Space Force. This decision reportedly came after the realisation that aliens are not considered humans and therefore do not qualify for basic human rights, which would allow Roberts-Smith to go back to doing what he loves but with way less of the admin work.

“This is going to be an amazing program,” he said after threatening to sue the Geneva Convention for implying that he is a heartless war criminal, “just think of all the protecting we will get to do. Alien invasions are a real and constant threat and as such we must launch a full scale invasion into space. Aliens may come in peace, but we wont, not under my watch.”

“While I have never been one to care about these silly things like human rights, this new threat is not covered by those. Meaning we can shoot alien farmers posing no immediate threat and we don’t even have to bury the evidence in a child’s lunchbox. It’s going to revolutionise the field, I mean we could potentially waterboard creatures that don’t drink liquids. There is so much room for out of the box thinking with this project.”

“Sadly it can be all fun and games, sadly there will be real challenges and issues to address. I have heard rumours that allege an inability to hear someone scream in space, I plan to put that to the test otherwise it wont be as enjoyable. Without terrified screams for mercy, the most I think I can get from that is a semi. We must strive to do better than that!”

A representative for Space Force has made an announcement in order to clarify that, “We are not planning to massacre every alien we see. If a white alien is seen firing on non-white aliens or humans, we will obviously be interested in hiring them for our next expansion, Australian Space Police.”