General News
Bernardi vows to build wall along Australia’s border with Mexico
1st of your 1,000,000 free articles this month 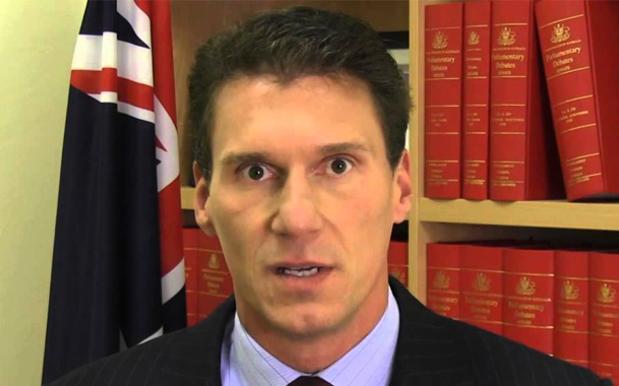 Following his split from the coalition, conservative politician Cory Bernardi has vowed to build a wall to keep all Mexican immigrants out of Australia.

His new conservative party, rumoured to meet weekly at the last Sizzler restaurant in Australia, hopes to emulate many policies put forwards by Donald Trump.

“The silent majority of this country want to keep their jobs, ban all Muslims and Mexicans and star in the apprentice.” Bernardi told The Chaser.

“If these policies work for the United States, they will work for us.”

The wall is projected to extend from Port Douglas to Bega, and will act as a physical barrier to any illegals coming across the Pacific Ocean.

A spokesperson from the new conservative party added: “Yes, we are an island nation, but we think this wall will really act as a deterrent to all Mexicans thinking of swimming over to Australia.”

Bernardi also insists the wall will be financed by the Mexican government, but Mexican president, Enrique Peña Nieto, is yet to comment on the proposal.

The Chaser understands Bernardi emailed the Mexican president last week, writing: “I’m not saying it’s like a buy-one-get-one-free situation, but I’m sure your government will be able to buy in bulk. It’s actually a very good business decision to buy two.”
Donald Trump is also yet to comment on Bernardi’s new vow, but sources from the White House claim that the American president is confused as to why Cory Bernardi invited him to his birthday party.