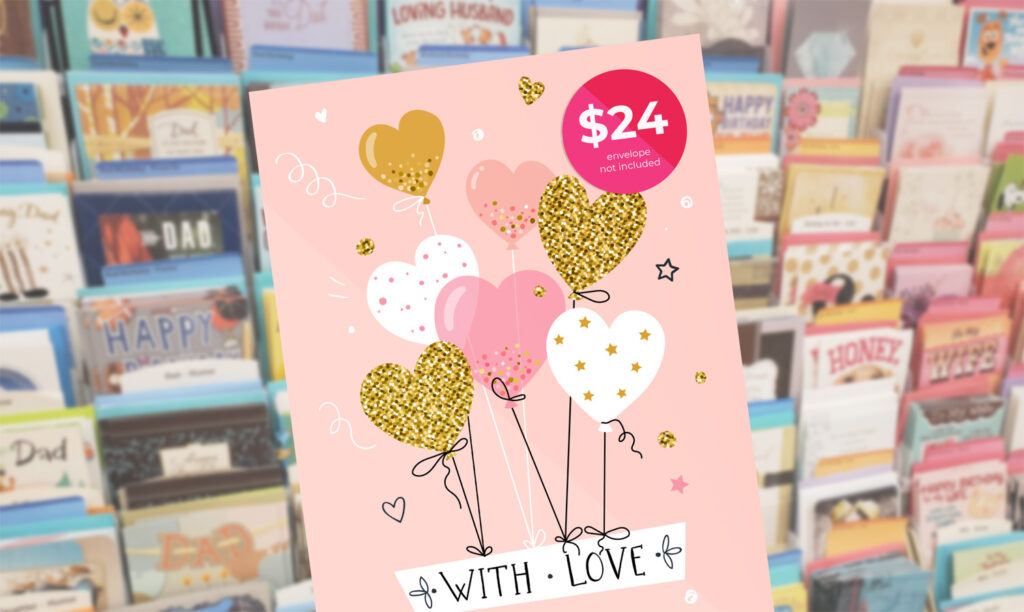 Local man Derryn Rumblebronch has today recoiled in horror after ringing up the price of a single A4 piece of card with a picture of a flower on it at his local newsagents. “Jesus,” Derryn exhaled, tapping his card and attempting not to look to shocked at the $23 price, “Guess I’ll go without the wrapping paper thanks.”

Having purchased the card, Derryn attached it to the $15 candle he had purchased for his friend Emily, who had specifically requested nobody spend more than $20 on a gift. “Thank god I bought the candle first” explained Derryn outside the newsagent, “Good thing they never actually print the price on the cards too.”

Asked why their products are so expensive, a representative for Hallmark explained that it all comes down to the high cost of printing a picture of a butterfly on a piece of folded cardboard. “Well it probably would have only been $3,” explained the company’s head of productions, “but then we had to hire someone to come up with the message inside that read ‘Wishing you a happy birthday’ and that kind of genius wordsmithing does not come cheap.”

Asked whether they would consider offering a $3 card without the message inside for customers who don’t want to look like soulless sociopaths who rely on mass-produced corporate messaging to express emotions, Hallmark representatives just laughed, and asked why anybody would want such a thing.

However, Derryn says there is no hard feelings, stating that it’s worth the money if it makes Emily happy. “Its expensive, but it’s only Emily’s birthday once a year, and as long as she likes it, I guess that’s what’s important.” explained Derryn.

Update: Sources are now reporting that Derryn has decided to lie down on the couch for a bit, after Emily glanced at the card for 10 seconds before throwing it in the bin with the wrapping paper.