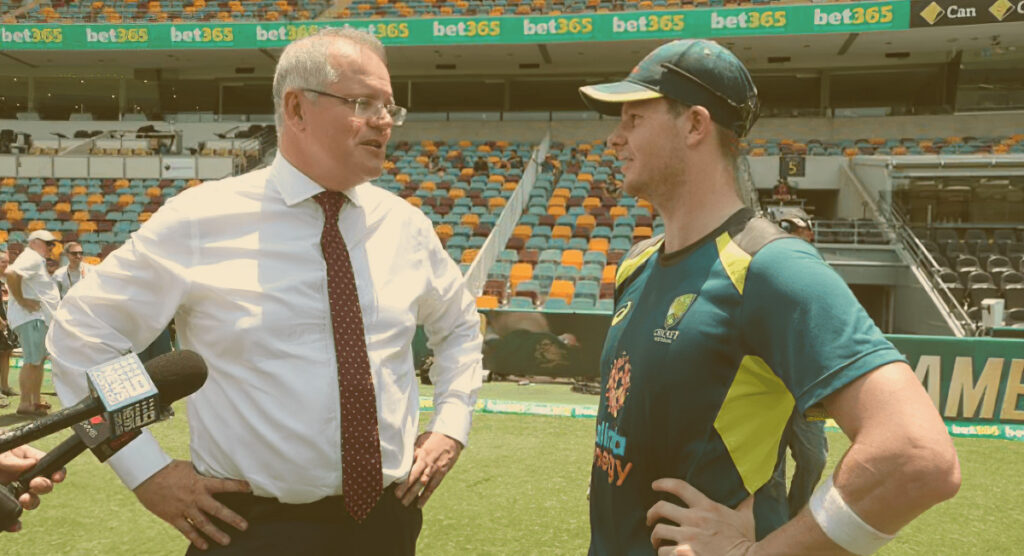 Australia has been hit once again with a national tragedy this afternoon, after the nation’s first line of defence against the bushfires, our national cricket team, was forced to cancel all future public events in the wake of the mass-gathering ban.

“Quick, everybody grab a bible and pray twice as hard!” screamed Prime Minister Scott Morrison as the bushfires immediately re-ignited across the country. “And somebody find me Israel Folau, we need to ban gay marriage before this pestilence spreads any further!”

However, experts have pointed out that this entire line of reasoning is completely stupid, and that obviously fires aren’t started or prevented by the playing of cricket. “No, of course that’s not how they work!” said one frustrated expert from the CSIRO. “We all know the real scientific cause of bushfires in this country is those pesky Greens clearing paths for their high speed rails.”