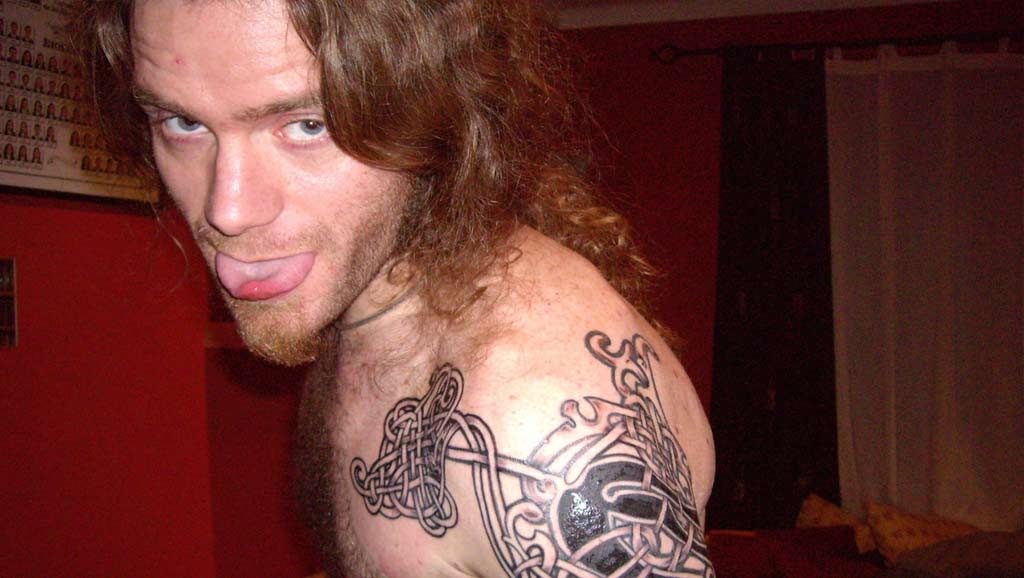 Mick Orton is proud of his heritage, and isn’t afraid to show it. The former laborer sports a prominent Celtic tattoo on his shoulder as a reminder of a lost past, expressing his deep sense of connection to the culture of the early 1990s.

Orton’s tattoo dates back to the Iron Age, and also the Heavy Metal Age

“It really speaks to me. It’s about a simpler time, man –  no internet, no flatscreens, no digital cameras – just everybody free to feel good”, he said, inadvertently quoting the 1991 hit by Rozalla.

Experts say that while full meaning of the faded, slightly misshapen knot has been lost to time, it’s believed to be related to the ritual consumption of marijuana, a practice then known as “toking billies”.

Orton, who still sports a small scar from a long-removed eyebrow ring, says he doesn’t regret getting the indelible image, even if he doesn’t fully understand it. “It looks cool, and it has a message, even if I was too wasted to remember it.”

“I think this line means ‘unbroken truth’,” he says, tracing the intricate cross with with his finger. “And this part here where its hollow means I ran out of cash to have it finished.”

Sociologist Dr Eileen Chan says the tattoo is part of a cultural identity that people yearn for. “Parts of it their society might be hard for us to understand today – like making ‘Achey Breaky Heart’ number one – but people look back at the ancient ’90s as a time when they were closer together, where people where still able to get behind a common cultural cause like Fido Dido.”

“I do think we have to be careful about token representations of that kind of living, though,” says Chan. “At least, that’s what these Chinese characters on my ankle say.”

This article originally appeared in  The Chaser Annual 2010.