loading...
General News
Chris Uhlmann fights truth to power by asking the PM “how are you so good at everything?”
1st of your 1,000,000 free articles this month 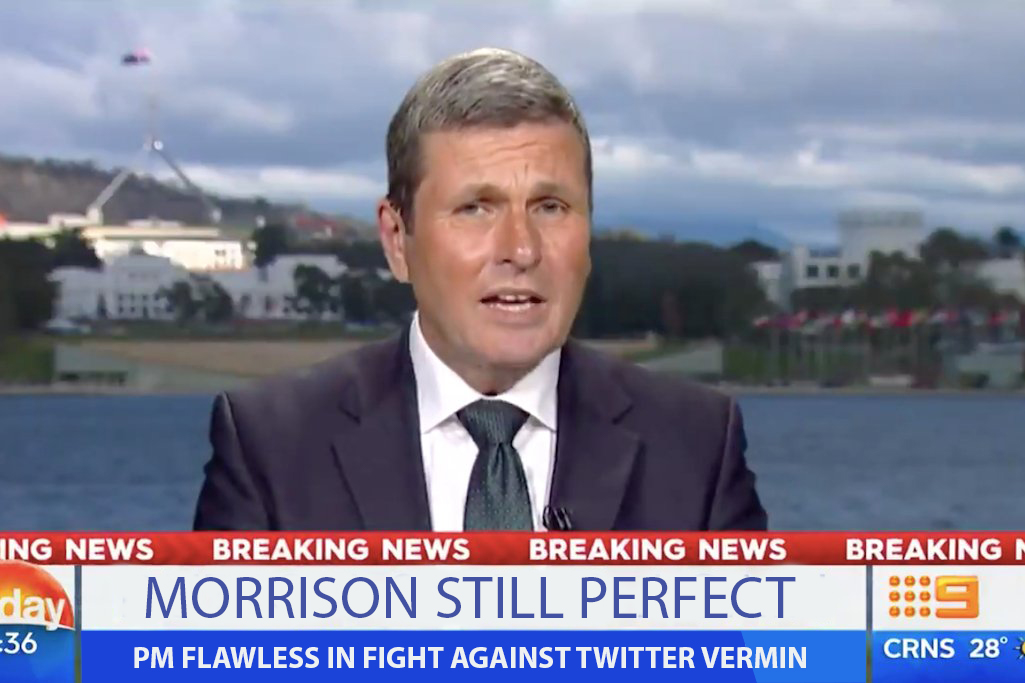 Political editor for Channel 9 and the only other person to admire Scott Morrison as much as Scott Morrison does, Chris Uhlmann has today shown his journalistic integrity by once again being the only reporter given a chance to offer up a question to the prime minister of this country at a presser where the PM addresses the government’s daily major screw-up. Mr Uhlmann seized the opportunity to ‘fight truth to power’ by asking the PM, “how are you just so good at everything?”.

While many online have criticised the question, the criticism has been proven to be nothing more than the audience’s ‘terrible media literacy’ who failed to see the context of it being the first part of a hard-hitting journalistic one-two punch, setting up the scathing follow-up question: “How are you feeling after my question, it wasn’t too difficult was it?”, to which the PM responded, “No it was perfect, I’m always happy to answer questions from a fan.”

“It is completely untrue that my question was written by prime minister Morrison,” said the leader of the only Scott Morrison stan forum, “but thank you for the compliment. I can’t believe you think my writing is so good that it could have been done by the man himself, I am blushing. Journalism is all about giving a voice to those who need it and Scomo needs every chance he can get in the battle against those horrible little sewer rats demanding ‘vaccines’ and ‘justice for sexual assault victims’. Eww Gross.”