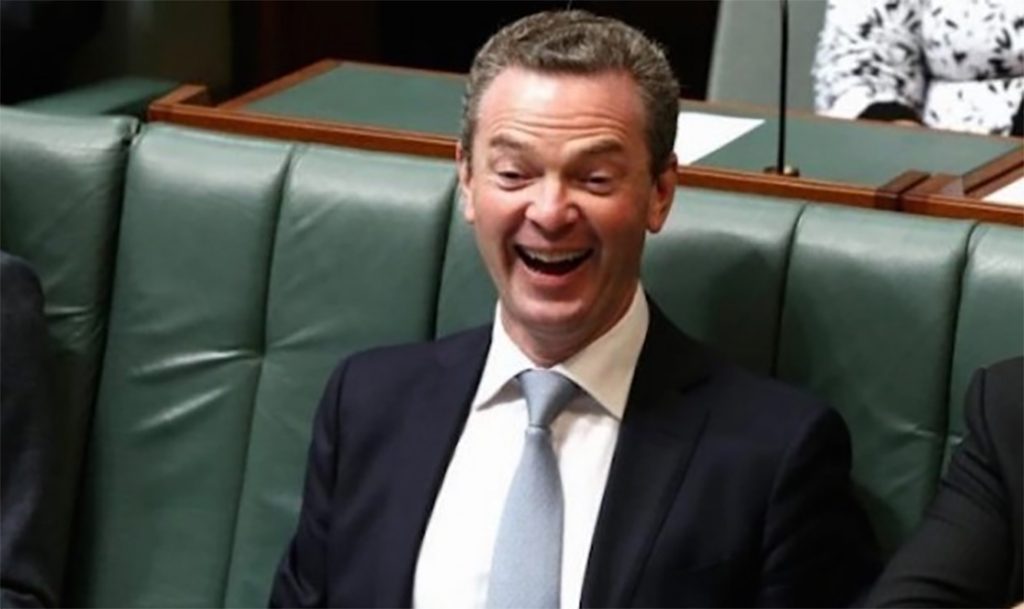 The nation is in mourning today following news that Senior Cabinet minister and long-serving Liberal Christopher Pyne is expected to retire from politics. Speaking to the press this afternoon, Mr Pyne says that he feels now is the right time to move on with his career, and his decision is in no way related to the flaming dumpster fire on wheels that is the coalition’s last two weeks of scandals and missteps.

Mr Pyne is retiring after having spent over two decades in politics, a number which is described by almost all parliamentary colleagues as “impressive” given that he is at most four years old.

“I’ve been thinking this over for a while now,” announced a teary Pyne on the steps of parliament house, “But at least now I’ll finally be able to pursue my life long dream of graduating grade 4.”

Mr Pyne also expressed his feeling that politics is no longer the honourable profession it once was, explaining that he felt the entire process was now “fixed”. Asked what exactly he meant by that, Mr Pyne simply gave a coy look, before answering “You’ll have to wait and see.”