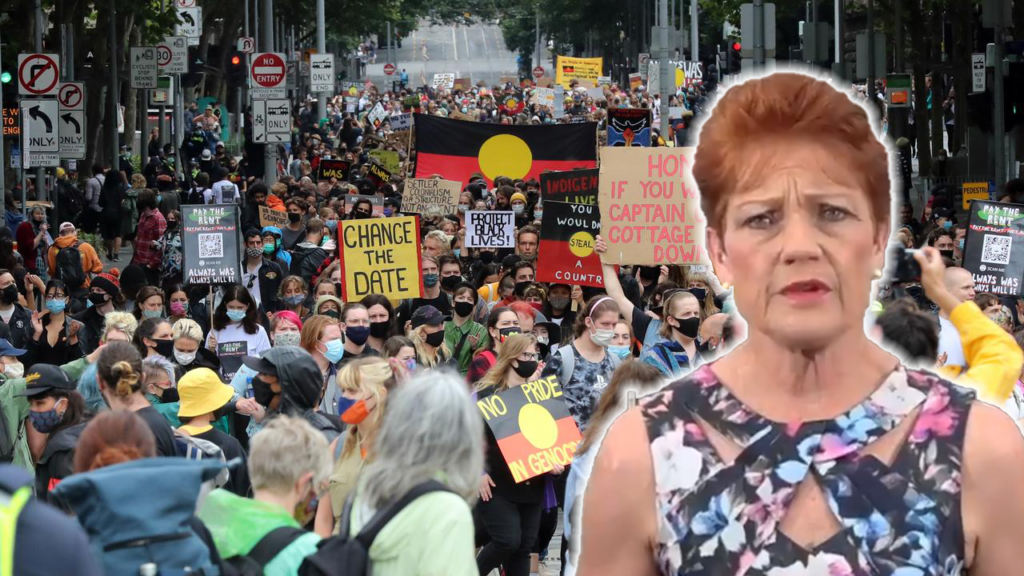 Person who is a couple years out from telling us about how she was probed by aliens, Pauline Hanson shocked the entire nation today after footage emerged of her taking part in an Invasion Day protest. Like any good Aussie journalist, yesterday we sat down with the white-supremacist to hear their opinions on the matter.

“This land belongs to those who were here first,” shouted Pauline to rapturous applause from the rally. “It is just disgusting to think about the history of what these people do when they arrive at this land. I am sick of us native Australians being treated as 2nd class citizens to these people and their ancestors who just show up, not speaking the language and act like they flippen own the place!”

“I thought it was too far when they invade here by buying a house in Sydney, but these people are telling me the invaders attempted a genocide! What gives them the right to dictate anything? I mean the Aussies that were here first are now in the minority in this country, I just can’t stand it! They want to celebrate their brutal and violent past and force the true natives of the land to join in? I don’t think so!”

“Although there is a surprising number of Aboriginal people here today, I’m very glad to see they support my belief that Australia should be left to the people who were here first.”