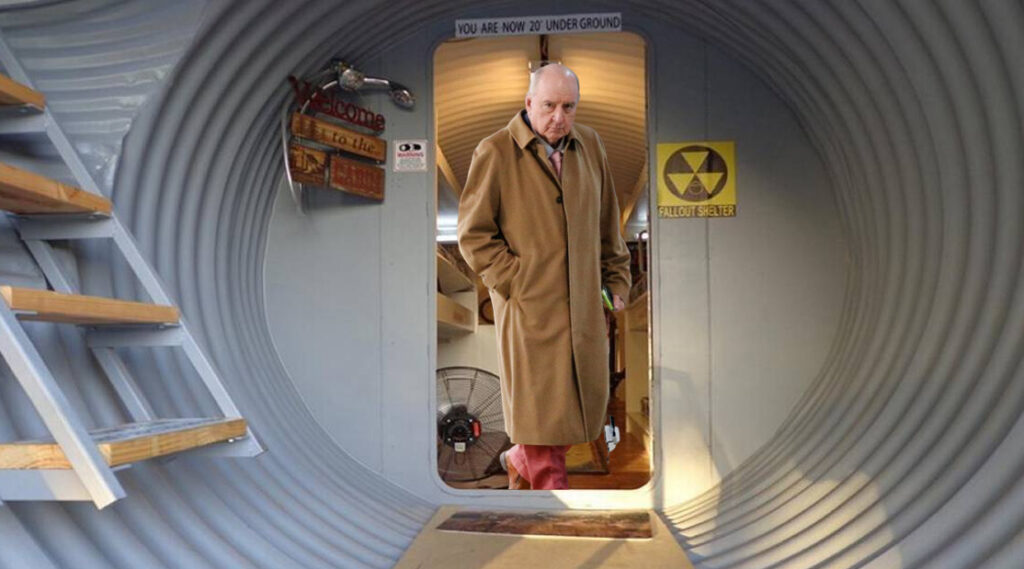 Lauded broadcaster and guy who once wrote a love letter to a schoolchild, Alan Jones, has today used his broadcasting platform to tell the people most at risk of dying from the coronavirus that the whole thing is a beatup. Broadcasting from a custom built bunker on a rural property in order to escape the effects of the virus, Alan insisted that the people of Australia should not be scared of the virus and that the whole thing is probably fake.

“Go about your daily lives,” Alan instructed listeners while double-checking the airlock on his bunker is fully sealed. “I assure you all that I, I mean we, are perfectly safe.”

However, employees at 2GB have forced Jones to walk back his earlier comments, after realising the people that will probably die from the viral outbreak are the exact same people that make up Alan’s entire audience. “God dammit Alan if you keep this up the only people listening to your show are going to be the people scrolling between Kyle and Jackie and Fitsie and Wippa between ad breaks!” exclaimed an exhausted staffer. “Now get back in that booth and tell all your geriatric fangirls to start shutting themselves inside or you’ll be out the door so fast you’ll think we’re a Brisbane boarding school that’s just received a concerning report from a parent about a teacher.”