General News
Daily Telegraph takes day out from bashing muslims to condemn xenophobia
1st of your 1,000,000 free articles this month 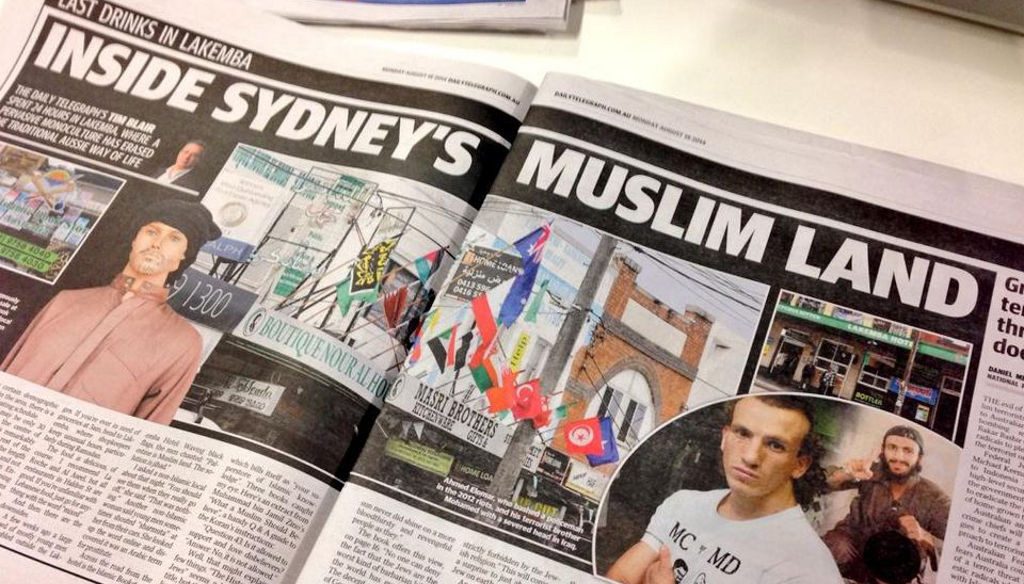 News Corporation masthead and leading cat-litter liner The Daily Telegraph have today scrapped their planned weekend cover at the last minute, to publish a touching eulogy to the victims of the Christchurch massacre. Putting their original “Asylum seekers are trying to steal your hospital bed” headline on hold for a different weekend, editors instead opted for a heartfelt call for everyone to come together and embrace people regardless of religion for three or four days, before slowly allowing everything to backslide to the normal levels of xenophobia.

“We must stop this senseless violence,” read the front page editorial in bold letters. “The Daily Telegraph strongly condemns any violence or discrimination against innocent Muslims who are trying to rip apart our lifestyle with insidious sharia law.”

The paper’s sister station, Sky News, also went to great lengths to express their anguish at the news of what had happened, stating that it was terrifying to every person working for News Corporation that such violent extremism could come from Australia. “We here at Sky are all in shock,” explained the Andrew Bolt in between railing against section 18c and political correctness. “We have no idea how a young man like this could have been exposed to such extremist, radical ideas about muslims. Now for an ad break, but stay tuned because coming up we’re joined by Blair Cotrell to discuss how banning Nazis from twitter is killing free speech.”