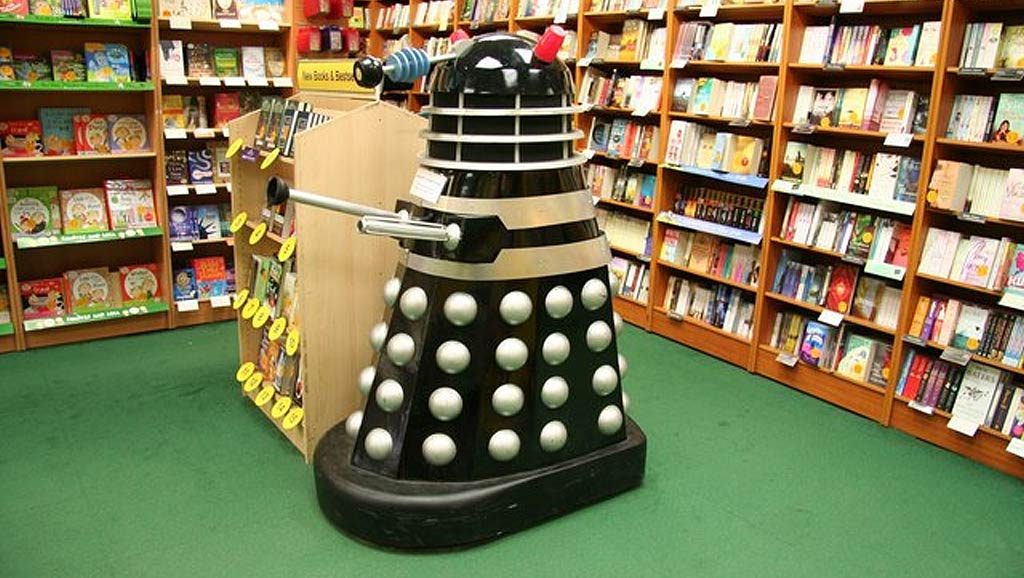 The star of the Doctor Who series, Dalek No. 3, says his career has suffered due to his continued typecasting as an extraterrestrial robot. The gripes are aired in his new autobiography Yes, I Can Climb Stairs, which was launched by Tom Baker on Thursday night.

The creature from the planet Skaro says he’s received few offers other than from the producers of the long-running BBC drama. “People think that when you are a Dalek you can only play a dalekanium-covered mutant from outer space, but at RADA, I was acclaimed for my King Lear.”

In his book, Dalek No. 3 reveals that he was once in talks with George Lucas to star as a predecessor of R2D2 in the recent Star Wars prequels, but that Lucas became too concerned that viewers wouldn’t accept him as being from a different alien universe.

Speaking at the launch, the tank-enclosed performer refused to utter his trademark computerized catchphrase, “Exterminate!”, claiming that the very idea of the word now made him sick. “I can’t go to the shops without somebody coming up to me and saying that word,” he sighed robotically. “Sometimes they even follow me up and down the aisles, repeating it and laughing.”

Fans at the launch were disappointed that the Dalek now thought he had outgrown the slogan that made him famous. “He didn’t seem to mind using it to promote his Exterminate! and Exterminate Too! tours,” said one fan, Andre Nesnah, who came dressed in a worn out ‘Exterminate’ T-Shirt. “And I bet he’s not handing back the royalties for these t-shirts.”

But the Dalek said he no longer cares about the money, and that his mission now is for creative fulfilment. “I’m really delighted to be treading the boards again – well, rolling on them, at least,” he said. “I don’t even care if nobody comes to see my new blockbuster show, Eradicate!”