WRITTEN BY
Don and Charles Firth
For The Chaser 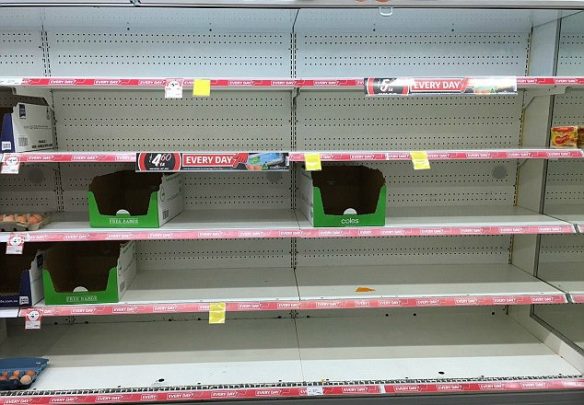 By Don and Charles Firth

After a second weekend of panic buying throughout the country, supermarkets have been accused of ignoring the needs of the nation’s shoplifters.

“Every time I turn up to the shops, these selfish shoppers have bought everything before I’ve even shoved a single box of Weet-Bix down my pants,” said one distraught shoplifter, ‘Jim’.

Jim said that only the worst products were being left behind on the shelves, meaning shoplifters were being treated like second-class citizens.

“There’s no pasta left,” he said. “I mean, unless I want to steal gluten-free canneloni shells. But I can’t go home with that. How can I look my kids in the eyes and tell them I stole them gluten-free pasta. I’d lose their respect,” he said. “And my wife would kill me. Literally — she’s a murderer.”

The Shoplifters Association called for supermarkets to limit the number of items that purchasers can make, in order to ensure there are enough products left behind to steal. “Shoplifters need to hoard toilet paper too. And not just that 1-ply 1000-sheet Delsey roll shit. Surely a bit of 2-ply Sorbent is not too much to ask.”

“And the only cola left is that Coles Que brand,” lamented Jim. “I may be a shoplifter, but I’m not a psychopath,” he said. “My wife is. But I’m not.”

Jim said that if things got any worse, he would have to go back to his old job of being an Australian banking executive. “It’s much easy to steal stuff in that job.”