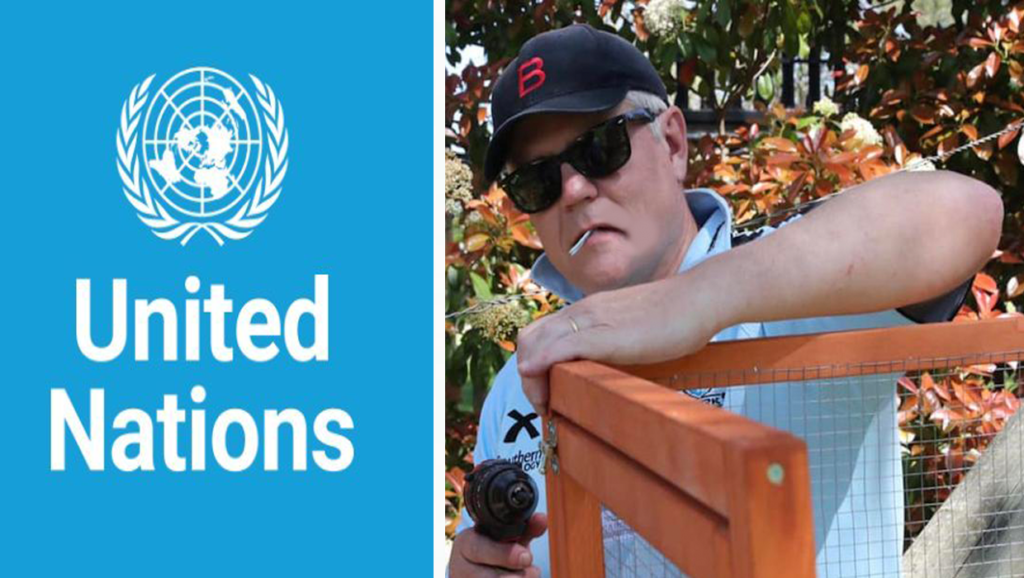 A man who spends most of his life posing for photos making cubby houses has questioned why he didn’t get invited to an important global climate change summit.

Scott Morrison, a Do-It-Yourself hobbyist who occasionally runs the country, said he was outraged that organisers of the summit thought he wasn’t taking climate change seriously. Morrison denied the assertions saying, “I take it as seriously as I can, but I also have other responsibilities I need to attend to, like angle-grinding a flat-pack.”

“Why would they not want me there?” He asked the press pack while hugging a lump of coal, “They said they want to build reliable policies on climate change, but I build way more stuff than those so called leaders. I mean did they not see the chicken coop? While they were too busy focusing on coronavirus and climate change, I was actually building stuff.”

“Look climate change is important but I have other things to do as a leader. I have chicken coops to build, refugee families to lock-up and deport, curries to cook, coal to burn, attending church on Sundays, blowing up Aboriginal religious heritage sites,  showing my support as a fan of the Sharkies, showing my support to the fanning of racism, private jet flights to Lachlan Murdoch’s Christmas parties, making sure poor people aren’t wasting taxpayer money and creating an independent anti-corruption commission that doesn’t have the power to investigate corruption. I mean while they have candid photos being taken while they discuss ‘meaningful action’ surrounding the so-called climate crisis, I was showing real leadership by taking a private jet to a staged photo-op.”

“It is just plain rude not to invite me to a summit of countries that are leading the way in showing ambition on fighting climate change, just because we aren’t one of them doesn’t mean they shouldn’t invite me. That’s fine though, you know what, I didn’t even want to go anyway. I didn’t even like Boris anyway, so I don’t know why people are saying I feel betrayed. He told me he wouldn’t back me months ago, and then again a couple weeks ago, then didn’t back me. So it’s fine, I am not some idiot who can’t take a hint you know.”