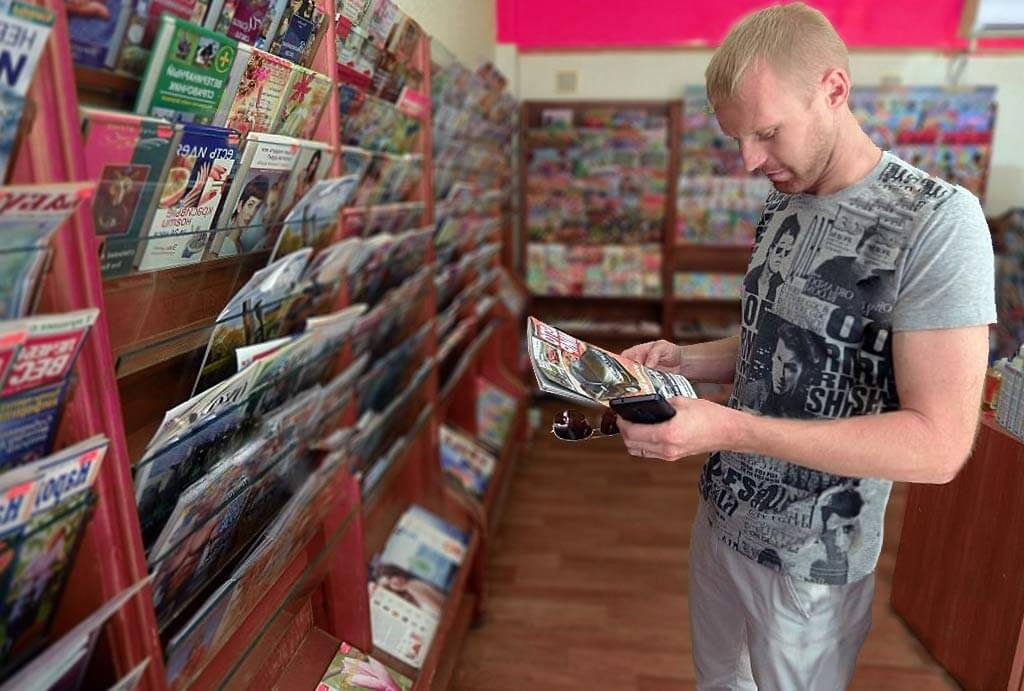 Despite the clear presence of a sign informing customers it is “not a lending library”, Erskineville Newsagency was visited by a no-good freeloader last Tuesday afternoon. The offender, a non-descript mid-20s man in a business suit, made no pretence of purchasing the August issue of RALPH, choosing instead to peruse the publication while  standing in the Men’s Lifestyle section.

Powerball syndicate member Aidan Cleveland witnessed the thrifty Caucasian male’s entry. “He made a beeline  straight for the rack,” he said. “I hadn’t seen him in here before, but he knew his way around the place like he
was a local.”

New Idea fan Janice Hanbury, who was selecting a giraffe-themed birthday card for her three-year-old niece at the time of the intrusion, watched as the man read the entire issue, from the contents all the way through to the What
I Know About…
section on the back page.

Adding insult to injury, the tight-fisted man even scanned the magazine’s ads, chuckling at a risque phone-sex offering. “He certainly enjoyed the issue,” said Hanbury. “If he’d paid for it, he would’ve really got his money’s worth.”

Newsagent Ian Jameson, who earns several dollars from each sale of RALPH, was powerless to act: “Normally I would’ve walked over and ask if he needed any help, but I was busy selling scratchies. By the time I thought to confront him, he was three-quarters of the way through it. I just had to cross my fingers and hope he’d buy a tin of Eclipse mints on his way out.”

RALPH editor Santi Pintado has used the opportunity to declare a victory over rival FHM. “This just goes to prove we’re still number one when it comes to providing quality reading material for Aussie blokes. Even if they don’t want to pay for it.”

In the wake of the transaction-free invasion, Jameson has vowed to keep an eye out for any reappearance of the rogue reader. “I’ve added another strongly worded sign about purchasing things you plan to read, right near the RALPH slot. Next time he’ll think twice before blocking my aisles with his shiftless, content-stealing carcass.”

The magazine-reading man was later spotted listening to CDs on the complimentary headphones at HMV.