General News
Entire workplace just happens to be subtly browsing by the toilets at 5pm
March 4, 2020 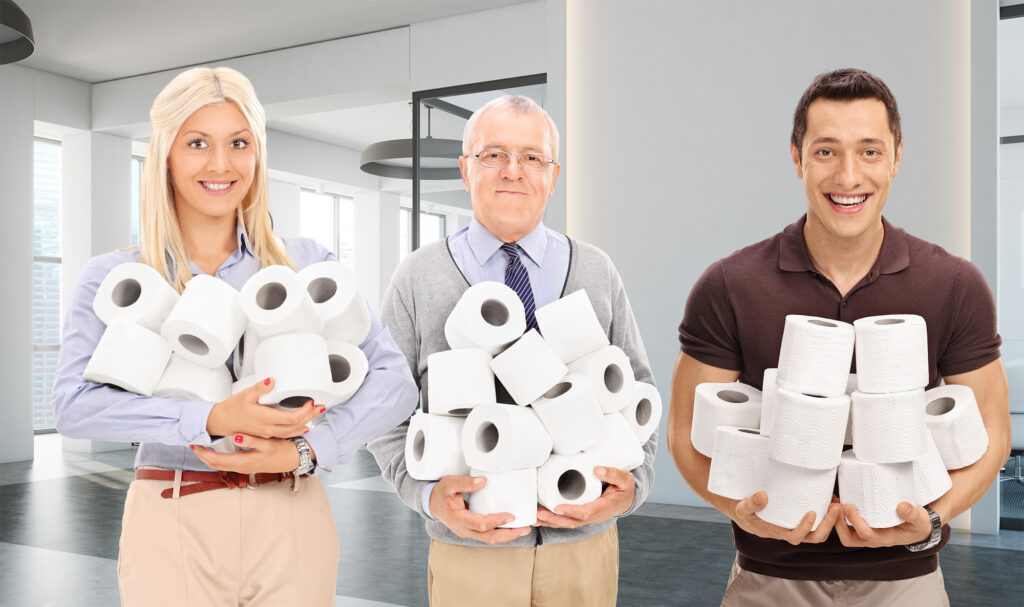 Workplaces across Australia have today been forced to hire armed guards to stand outside staff toilets to stop and frisk employees for stolen toilet paper. “We can’t take any risks,” said one CEO today, “with the stock market on the slide, that toilet paper is now our businesses most valuable asset.”

The toilet paper is so valuable in fact that companies are opting to instead require staff use public restrooms, in order to free up the toilet paper for resale on the black market. “We’ve had offers coming in all day, with some people offering upwards of a million dollars for a roll,” said one secretary. “It’s very odd, we don’t even make toilet paper, we’re a leading Adelaide newspaper, but I guess people really are getting desperate.”

However, the armed guards did little to deter attempts by staff to bulk up on supplies, with the entire Australian workforce found coincidentally mingling around the office toilet doors at clockoff time today. “Oh would you look at that, time to go home, I guess I’ll just pop into the bathroom,” they all said simultaneously, before descending into a frantic fistfight to claim the last roll. “No this is mine, I brought this one from home!” one woman was heard screaming while being dragged away by armed guards. “What if I pay you? Three sheets, four? Come on, we could be millionaires!”