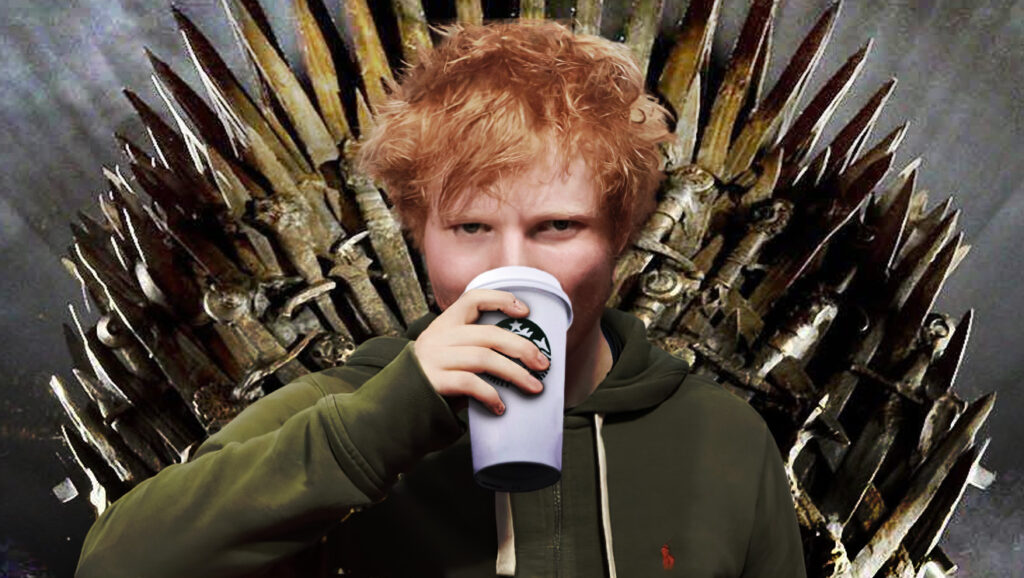 Fans of the Game of Thrones franchise were shocked today following the final episode of the long running series, which saw what many are calling the biggest twist yet in the eight season franchise. In an episode being described by fans as “even more shocking than the red wedding, and twice as red”, viewers were surprised to see the character of Ed Sheeran come in swinging in the final minutes to claim the Iron Throne.

“It was completely unexpected,” exclaimed one amazed fan after watching the episode. “The way he used that Starbucks coffee to scald Daenerys’s eyes before shooting her with a bazooka was completely left of field. Just wow!”

However, some fans were not pleased with the ending, stating that it was out of character for Ed Sheeran to go three minutes without mentioning that he had broken up with a girlfriend. “Look I know canonically Ed exists in the Game of Thrones universe, but I just don’t buy that he’s been plotting to take the Iron Throne all this time,” said one angry fan online. “If I know Game of Thrones law, and I do, he’d be most likely off singing in a pub somewhere about how his heart feels like it’s breaking because his cousin broke up with him.”