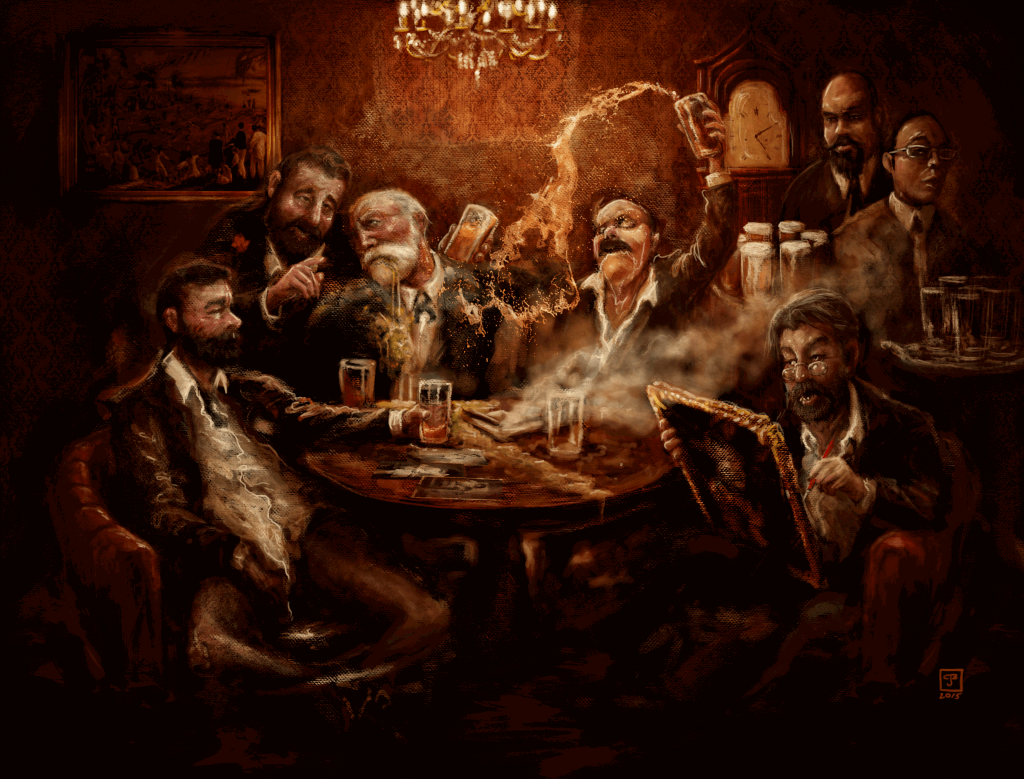 Australia’s capital relocated from Melbourne to Canberra in 1927. But why was it moved? And why Canberra? We reveal the details of a little-known meeting between the nation’s parliamentarians, as described in letters written by government minister Charles Kingston.

“It was Austin Chapman who brought up the idea first, if I remember correctly. We were gathered in Melbourne at a Tavern on Flinders Street, relaxing after a long day in Parliament. The Prime Minister Alfred Deakin was there, as was William Spence the Scot, and King O’Malley from Adelaide. We’d had two, maybe three drinks by this stage, and we’d cycled through all the usual banter – whether the tea in Melbourne really was better than in Sydney; the outrageous price of an acreage in Darlinghurst. The standard topics.

And then Chapman said, “Imagine for a moment if you will, that one could move the nation’s capital from Melbourne to anywhere in Australia. Where would you put it?”

Chapman was known for putting forward these types of hypotheticals to reignite conversation. Things like “If you could live anywhere in the Empire, where would it be?” or “Who would make the better slave – an Aborigine or a Chinese gold miner?” All just a bit of fun really.

So of course we all took to this particular question with gusto, the aim being (as was generally the case with these things) to win the biggest laugh.

Deakin suggested Hobart for our imaginary new capital. Very droll. Cue the well-worn Tasmanian jokes: would they be able to finish Question Time before the streets were rolled up each night? How convenient to have both sides of politics all from the one family!

Spence put forward Sydney, just to annoy Deakin I think.  O’Malley suggested Perth as his wife had a second property there which he could stay at during sitting weeks, and claim rent on. Wouldn’t that be a racket?

Then Chapman said, “What if we built an entirely new city from scratch and charged the cost to the taxpayer?” Well, you can imagine the laughter – Spence almost spilt his pint of ale in the commotion. An entirely new city. It really was a hilarious idea.

From there it spiralled, as these types of jokes are wont to do. “Where would we put this new city?” O’Malley asked, gesturing to the waiter for another round.

“Well, given that the majority of Australians live on the coastline, it would make sense to put the new capital at least a few hundred miles inland,” Deakin deadpanned.

“Somewhere cold and uncomfortable and a little difficult to get to,” Spence said.

“Maybe near Ballarat?” I proffered.

“Not cold enough,” Deakin and Spence said in unison.

“No, it needs to be somewhere close enough to Sydney or Melbourne to seem within easy reach, but far enough away that it’s actually not!” Chapman said, now well and truly warming to his own joke.

We threw around a few ideas. Albury perhaps? Towards Shepparton maybe? Then O’Malley said, “Have you heard of the Brindabella Ranges?”

We all shook our heads.

“Well it’s settled then,” Chapman proclaimed, rising from his seat to make a toast. “Australia’s new capital is to be built at the base of the Brindabella Ranges!”

There was uproarious laughter and backslapping as we all stood for a mock toast to our ridiculous idea. “More drinks please waiter!” we cried, “we’re moving the nation’s capital to rural New South Wales!”

The toast was the last thing I remember from that night. I do have a very vague recollection of throwing up under a lamp post, and Chapman suggesting we go skinny-dipping in the Yarra. But to be totally honest, it’s all a bit of a blur.

What I do remember clearly is the next morning. I awoke to the sound of frantic knocking at my front door. My head was thumping, my mouth like sandpaper.

“We have a problem,” Spence said as I gestured for him to come in.

Spence began to explain what had actually happened after the toast, pacing across my living room as he spoke. At some point late in the night, he said, we had signed into law our capital city lark. Spence had spoken that morning with the barman, who confirmed we’d drafted the legislation on the back of a painting of King Edward.

I let out a long, slow expletive.

“It gets worse,” Spence said.

“How could it get worse? We’re building an entirely new fucking city in the middle of nowhere!” I said. My heart rate was beginning to rise now.

“Remember the bit about the competition?” he said.

“What competition?” I said slowly, trying to regain some sense of calm.

Spence took a deep breath. “The competition we decided to run to choose the design for the new capital,” he said.

“What, like a fucking children’s drawing competition?” I shouted.

“Yes, but for the whole city,” he said, avoiding eye contact now.

“What, even the roads and roundabouts?”

I put my head in my hands to think. “Well, we’ll just scrap the competition,” I said, “At least we can do that”.

It was then that Spence showed me the front page of the newspaper for that morning. “New capital to be built near Brindabella Ranges: international competition to be held to choose design” the headline read.

It’s been almost ten years since that ill-fated night, and I’m philosophical about the whole thing now. Yes, we drank too much. No, we shouldn’t have mandated that the city’s design be ‘spread out, so as to discourage human interaction’. But I think Australia will make the best of this. In time, Australians will come to love Canberra. It will become a place where people come to live out of choice, not just because they have employment with the Government; where politicians choose to stay on weekends, rather than heading home between parliamentary sitting weeks.

Indeed, when people look back on this in 80, 90, 100 years time, they will say the whole idea made perfect sense.

This article originally appeared in The Chaser’s Quarterly #2: buy it here.