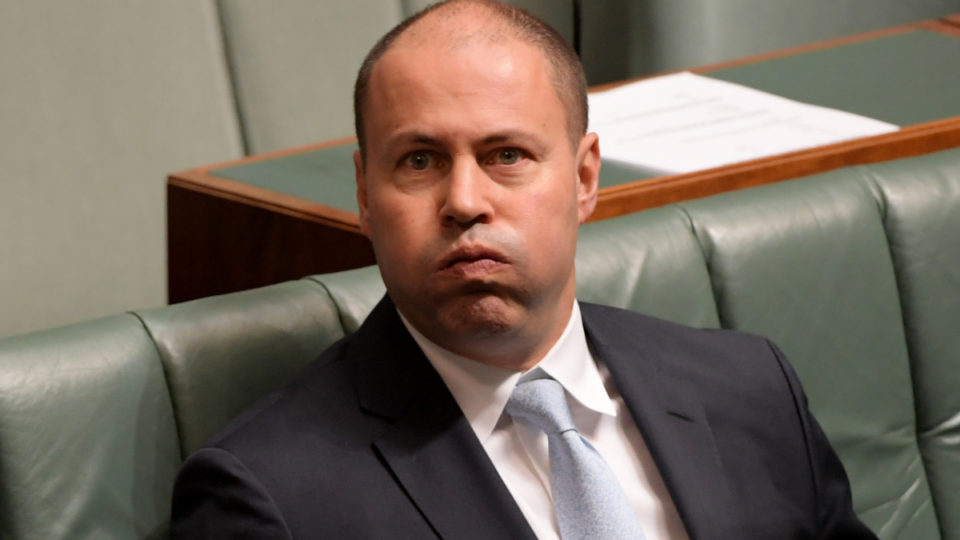 Finance minister Josh Frydenberg has spoken to the press again today in order to clarify why he believes the Member for Creeping Andrew Laming should not step down as an MP despite years of stalking, harassment and upskirting of women, all of which are ‘crimes’.

“These sorts of crimes aren’t black and white,” said the Liberal Party minister on his way to the one-two hour HR session that Morrison reckons will fix everything, “I think we can all agree upskirting a women like a pervert would not be appropriate for a minister. But what you don’t understand is that he had thought that the empathy consultant’s notes were hidden under her skirt, at least that’s what he told us and obviously we must take his word as certified fact.”

“What Laming did was not appropriate but we don’t need to make him out as some sort of criminal. I mean he just made a mistake, he isn’t some sort of refugee seeking asylum, poor person targeted by Robodebt or disabled Indigenous kid daring to exist. He is stressed out and the police should really stay out of this, and luckily they are. Rule of law guys, that’s what’s important here. That and clutching onto as much power as we can before the next election.”

Minister Laming has now taken a month off on sick leave presumably because he is a sick fuck. While many online have mocked the sick leave, here at The Chaser we wish that Laming takes all the sick leave he need, like say three years minimum and maybe in a facility where he will be constantly supervised, like say prison for example. That sounds perfect for the Minister who has clearly broken many laws, maybe he could get some empathy training in there.