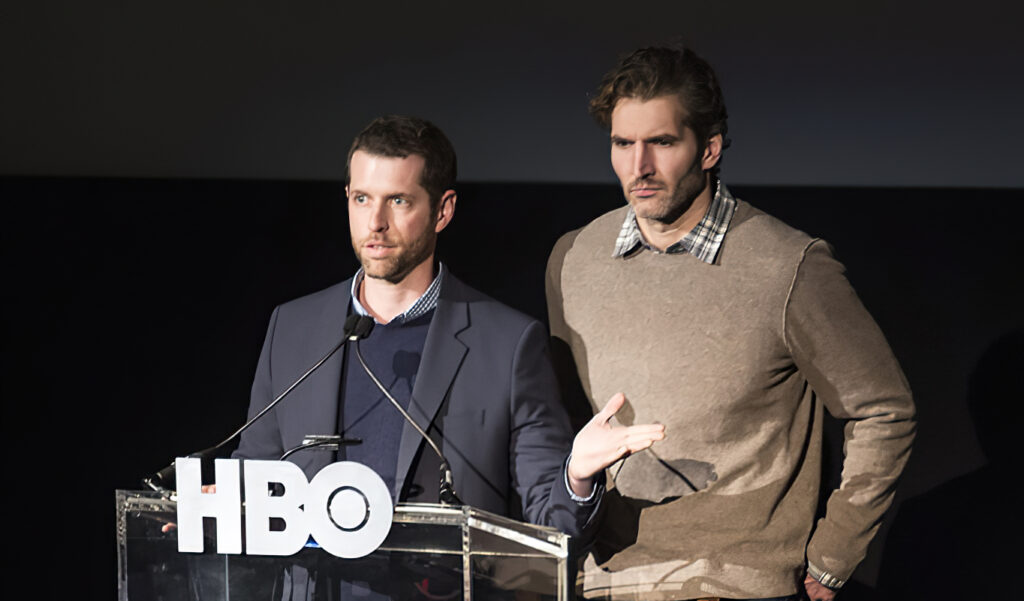 Game of Thrones fans were left in shock this week following the biggest twist yet by Game of Thrones showrunners David Benioff and D.B. Weiss after the pair revealed that they will no longer be working on the Star Wars movies which led them to phone in the last season of the biggest TV show in history.

“While we were initially excited to ruin such an iconic franchise as Star Wars, we were upset to learn that Rian Johnson had already completely trashed the hollow husk left after George Lucas’s prequels,” explained Weiss this afternoon. “As far as we could tell anything we did as directors of the new trilogy would be a step up, and I’m afraid that’s just not our style.”

Insiders at Disney confirmed there had been ongoing creative issues, stating that the pair were struggling to come up with new ways to completely undercut long established storylines. “Fist they suggested maybe making one of the characters go crazy and blow up an entire city for no reason, but it turned out that had already been done multiple times. Then they suggested revealing a secret that the main male protagonist is secretly related to another character, only to have him then become romantically involved with a relative, but once again they were beaten to the punch. They even floated the idea of building up a big bad character only to lazily kill him off halfway through the story. You wouldn’t believe their faces when we told them about Snoke.”

“I think we all knew it was over though when we revealed to them that they’d included a wacky giant-lizard rabbit man with overtones of racist minstrel shows. I’m pretty sure it was at that moment that these guys realised they couldn’t compete with the level of franchise-killing idiocy that Star Wars demands from its creators.”