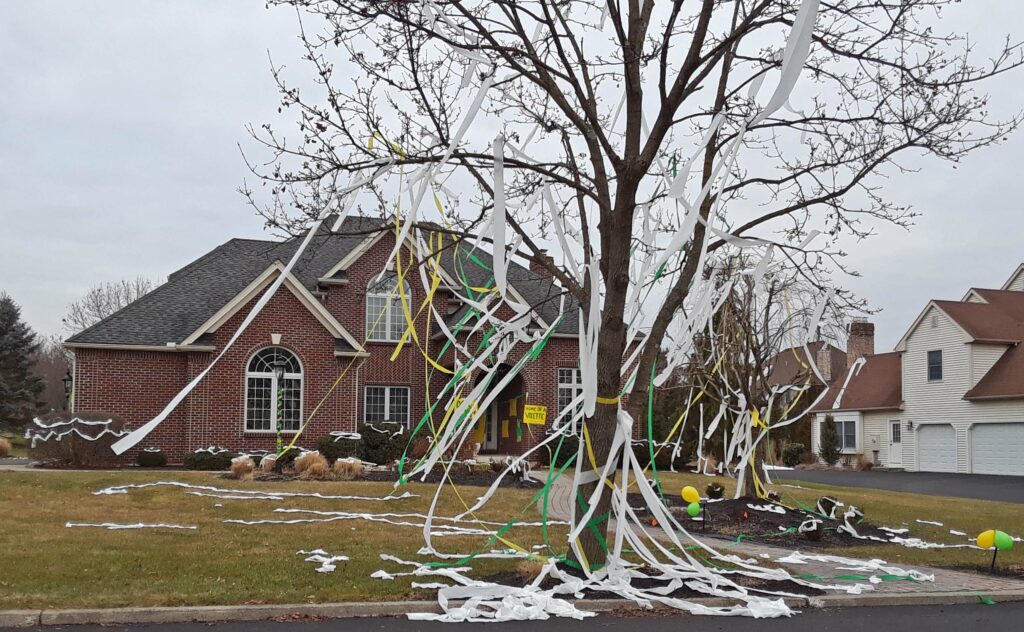 Generous local teenagers have been thanked by residents of Sydney’s Northern Suburbs today, after their overnight TP rampage doubled house prices in the area.

In fact, the once maligned practice of covering a house in toilet paper has now become a status symbol, with Mosman residents now voluntarily TPing their own houses in opulent displays of wealth.

“Yea I was a bit upset when I went outside and saw my place covered in dunny roll,” said local man Darren this afternoon, “after all my house was about to go on the market. But then suddenly the bids started flooding in. It ended up selling for $5 billion above our reserve. Just think of all the toilet paper I can buy with that!”

Asked what he plans to do with his $5 billion, Darren says he is hoping to put it into a savings account in the hope of one day being able to afford the price of an avocado sandwich from an inner-city cafe.