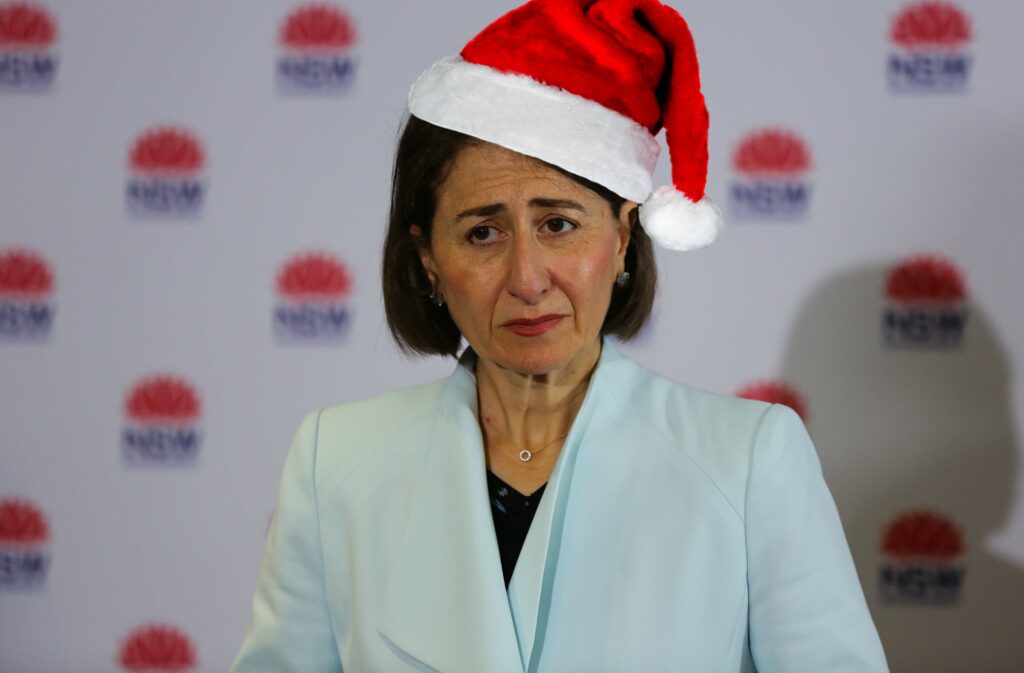 Four months after breaking it off with her secret boyfriend, Daryl Maguire, Gladys Berejiklian is reportedly back on the market. Sources tell the Chaser that the Premier is looking for a Corrupt Minister to ‘breach the ministerial code of conduct with’ this holiday season.

Looking for a ‘not substantive relationship’, it is reported that the Premier is in search of an individual to have ‘post ICAC cuddles’ with. The Premier is unfazed by marital status, however, any potential Bachelor must have undeclared interests in both her and private enterprise.

‘Secret Air BNBs, Water reservoirs or property developments, Gladys is passionate about men interested in both Jobs and Growth.’ Said the anonymous source. ‘She’s really just looking for a bit of Corruption and Chill’

The Premier, who has recently been stressed out by not following her own COVID regulations, said the door would always be open for any Minister at her North Shore home.