General News
Government solves mouse problem by releasing a million cats into the wild
May 26, 2021 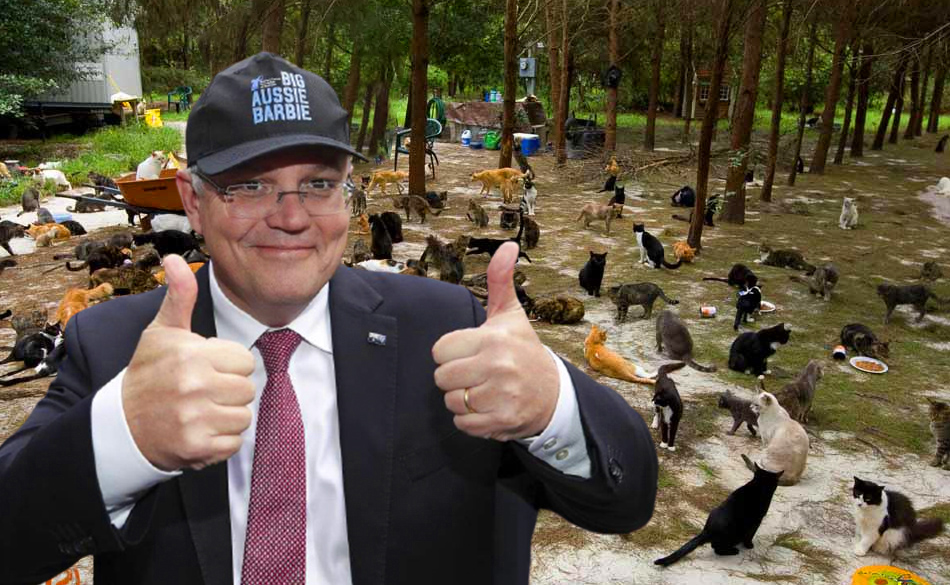 The Australian government today have declared victory over the mice rampaging through the country after the environment minister Susan Ley strategically released a million cats into the Australian wild. The move, which experts are suggesting might be the best decision the Morrison government has ever made ‘by default’, was reportedly drafted during a photo-op planning session while the government tried to find an issue to distract Australia with.

“Mice are currently the biggest threat to this country,” said the PM ignoring the threats in his own cabinet, “but luckily we have found a simple solution to save the nation from the outbreak. The Australian government put in an order for 1 million cats and despite media lies we have actually managed to begin this rollout! How great are the cats? Wait, wait no I mean sharkies! Shit, can someone call my PR team and ask who I go for again?”

According to sources, the strategy came as a last resort after the government’s attempts to blame the states, build a cubby house, declare war with China, and giving tax cuts for the rich all failed to solve the problem.

Update: In a shocking turn of events the idea of releasing a million feral cats into the wild has backfired as the cats have now begun attacking native plants and wildlife, an outcome the government have said could not have been forseen. The government has reportedly already begun preparations to resolve the problem by releasing a bunch of dogs into the wild and just seeing how that plays out.