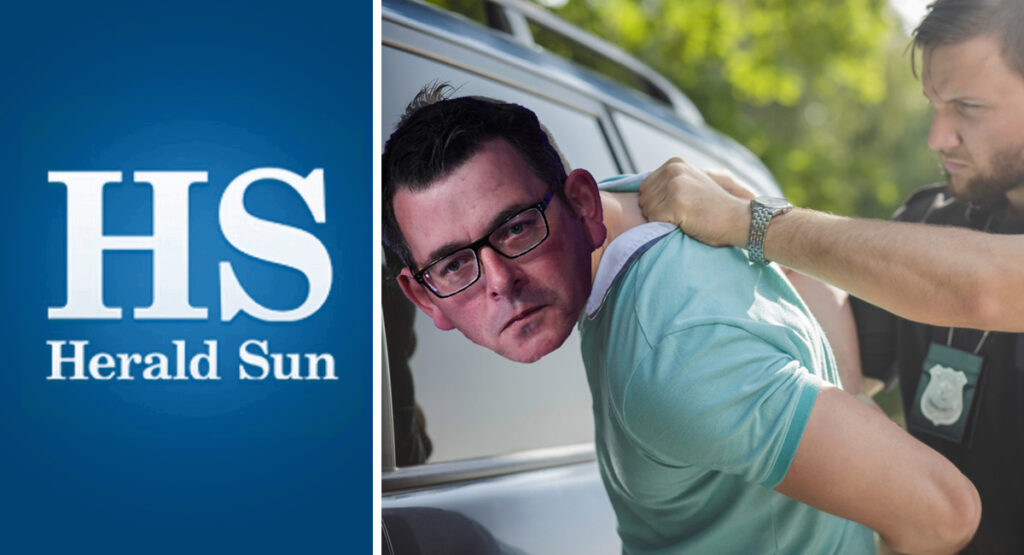 The Herald Sun has taken a small aside from it’s praise of the AFP for it’s joint criminal task force with the FBI that involved launching an encrypted messaging service so they could track anyone who used it in the off chance some may be criminals, after the Herald Sun noticed a ‘concerning’ lack of arrests in regards to Australia’s ‘largest and most evil organised crime gang, the Andrews government’.

This comes after a 2 year investigation by a joint taskforce comprised of Herald Sun writers and Sky News hosts found that ‘Diabolical Dan’ has been secretly running African gangs in Melbourne in a bid to consolidate power as he plans to annex Sydney using a biological super weapon made in a lab, which they proved based on a book that suggests biology exists alongside the testimonies of racist conspiracy theorists.

According to the reporting, Dastardly Dan and his ruthless gangs can often be identified by their signature North Face jackets. Newscorp reporters make it clear that despite the Andrews government’s support for beer drinking and destruction of Indigenous landmarks, they are not as friendly as Newscorp readers might seem. In fact it is all just a rouse while he intentionally ignores the ‘reality’ put to him by racist liars, instead opting to listen to ‘experts’ whose version of reality is based in some sort of criminal act known as ‘facts’.

“What’s the point of taking on bikies if the ruthless cult leader diabolic Dan is still on the run?” wrote one ‘opinion columnist’ who doesn’t have the credentials to write proper stories. “Debauchery Dan and his operatives have terrorised the streets for too long. When will the AFP take this real threat more seriously? I speak for everyone when I say the prospect of the government reading every message I ever send is ok with me, as long as Devil-Worshiper Dan gets taken down once and for all.”