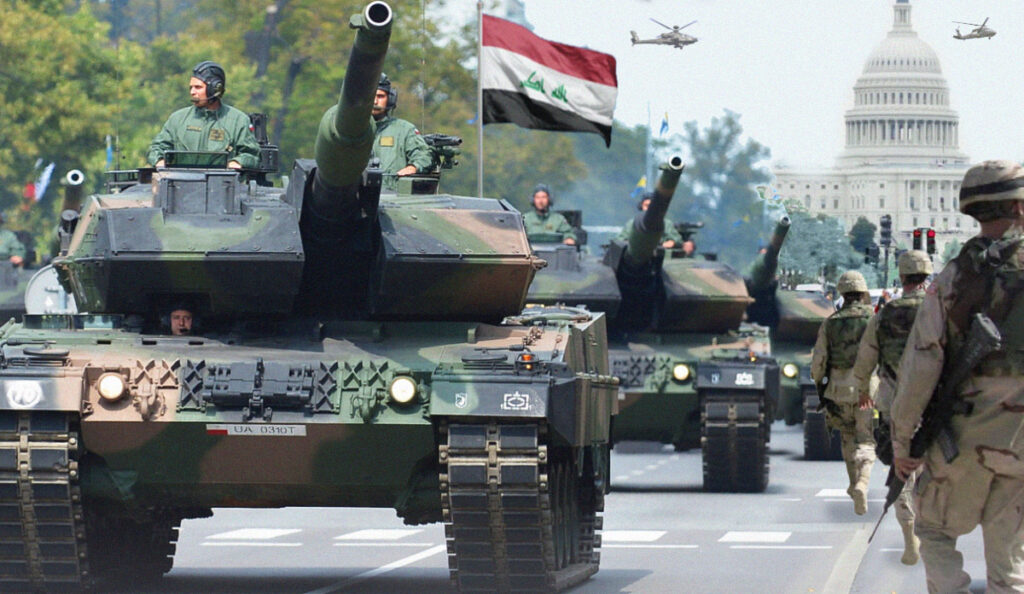 The nation of Iraq has today begun the first stages of a mission to bring peace and prosperity to the North American continent, after the nation deployed thousands of forces to stabilise the region in the wake of recent political and social unrest.

The rogue American state, which has been plagued by constant warfare for generations, has recently seen violent clashes breaking across the country between civilians and the military, relating to the oppression of ethnic minorities that live within its borders. Experts on the area state that relations between two rival factional groups, the clans known as ‘Reds’ and ‘Blues’ have recently broken down, leading to the complete circumvention of democratic processes by the current regime, which holds control over the country’s government despite wining a minority of votes at the last election.

The country is also rumoured to have stockpiles of many weapons banned by the United Nations, including various biological weapons and thousands of WMDs.

Representatives for Iraq’s government say that this is a joyous time for America’s people, who will finally be liberated from the horrors of their oppressive rulers. “No longer will your people be forced to work in factories for mere dollars a day, barely able to feed yourselves while those in power line their pockets,” declared Iraq’s President. “No longer will your minority groups have to fear being shot walking down the street, no longer will your children see daily gun violence when they should be learning in school. No longer will your impoverished masses be forced to go without food, or die of preventable disease because of inadequate medical care. No longer will entire cities be without clean drinking water. You are free now.”

Asked how long the reconstruction of America would take, Iraqi officials said that it is expected to last exactly as long as it takes for them to fleece all of America’s oil, at which point they will be left to fend for themselves.