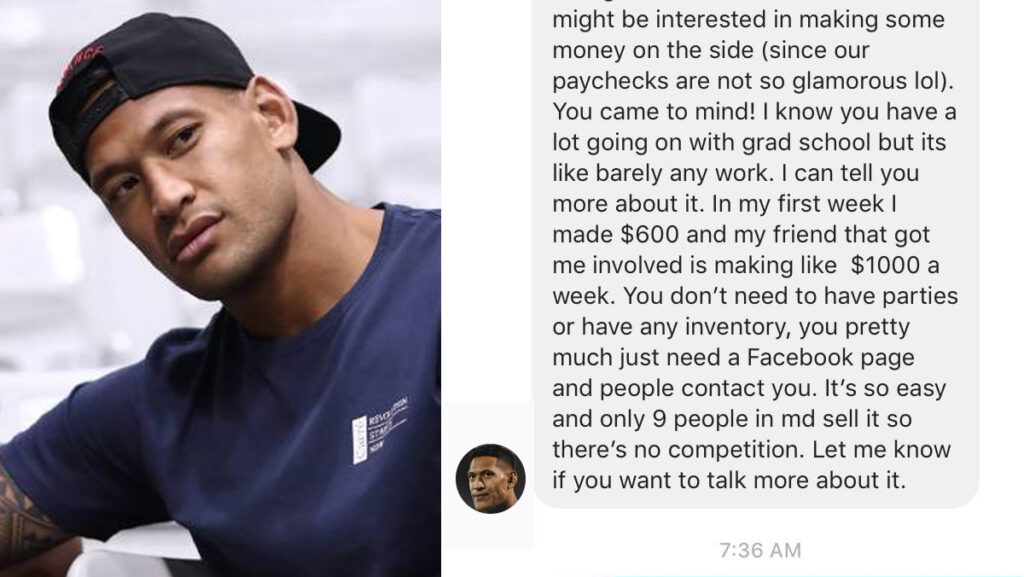 Israel Folau has accellerated his fall from grace today after details of his desperate financial situation surfaced. The Ex-Wallaby has reportedly been reaching out to past acquantnces trying to sell essential oils in order to secure funds for his up coming legal battle with Rugby Australia. A number of Folau’s former high school friends have told The Chaser that the messages have been completely put of the blue.

“We never talked. Obviously I knew who he was since he made it so big in the NRL, AFL, NBL and Rubgy, but he just kept calling me hun and telling me how well I was doing at everything. I blocked him when he suggested I take Frankincense for period pain.”

Folau hit back at his former school friends, claiming that they only needed to see the diverse effects of his products.

“This Myrrh oil can do anything, see it says right here! May promote happiness, calmness, wellness, goodness, positiveness, healthiness, brightness and naivety.”