General News
Jacinda Ardern declares travel with Australia could have “huge idvintiges”
May 6, 2020 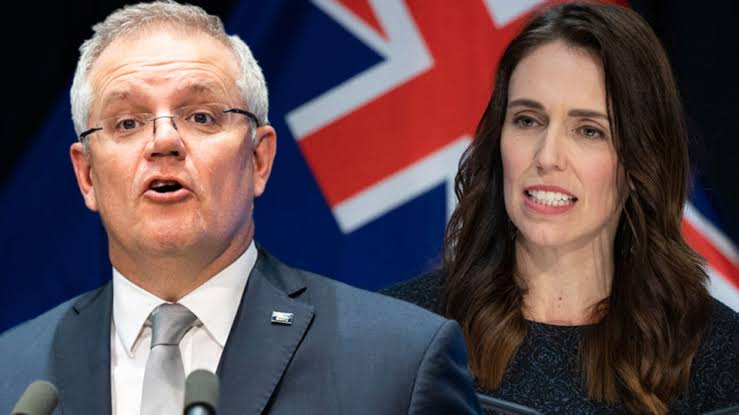 Image shamelessly stolen from the New Daily
By Caz Smith

New Zealand Prime Minister Jacinta Ardern has doubled down on her campaign to promote tourism between New Zealand and Australia, declaring that it came with “huge idvintiges thet wld si both our iconomies boom.”

During a media conference conducted over Zoom, the Australian Prime Minister Scott Morrison nodded politely at Ms Ardern as she made her statement, desperately hoping that to be in the mere presence of the New Zealand leader would somehow make him appear at least somewhat competent.

But the New Zealand Prime Minister warned Australians “agisnst jumping to cinclusions about the source of the virus” saying that it was important to “not let racist statemints from the US Prisident teke control of the nerritive”.

Ms Ardern’s comments come just a day after she joined the National Cabinet meeting, with many observers hoping she would launch a coup and take over the country. However, insiders say that it quickly became apparent the language barrier between the two nations made it impossible.

A spokesperson for Mr Morrison said he is waiting to find out what the hell she said before he responds to her comments.