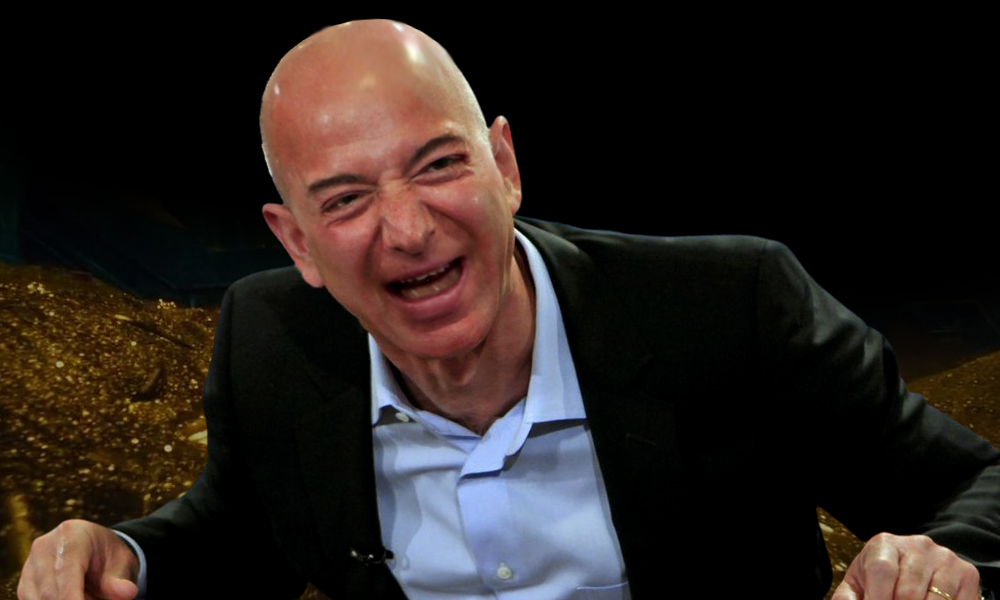 Former Amazon CEO Jeff Bezos has just made history today, after becoming the first person to become the 553rd person to go to outer space. This moment came after the world’s richest man went through the extremely difficult training process of paying for a rocket to go to space with a tiny percentage of the amount of money he would pay every year in tax if he actually bothered paying tax.

The move has been hailed as as an extraordinary for mankind, who are now only 63 years behind dogkind in our ability to send our members into lower earth orbit.

“This has easily been the most taxing thing I have ever been involved in,” said the $177billionaire after returning to earth, “What a historic moment. Finally we can envision a future where I can store my money, not just offshore but off planet.”

The day was also a momentous occasion for Bezos’s millions of employees, with some saying they were so excited that they couldn’t hold it in and had to resort to peeing in a bottle.