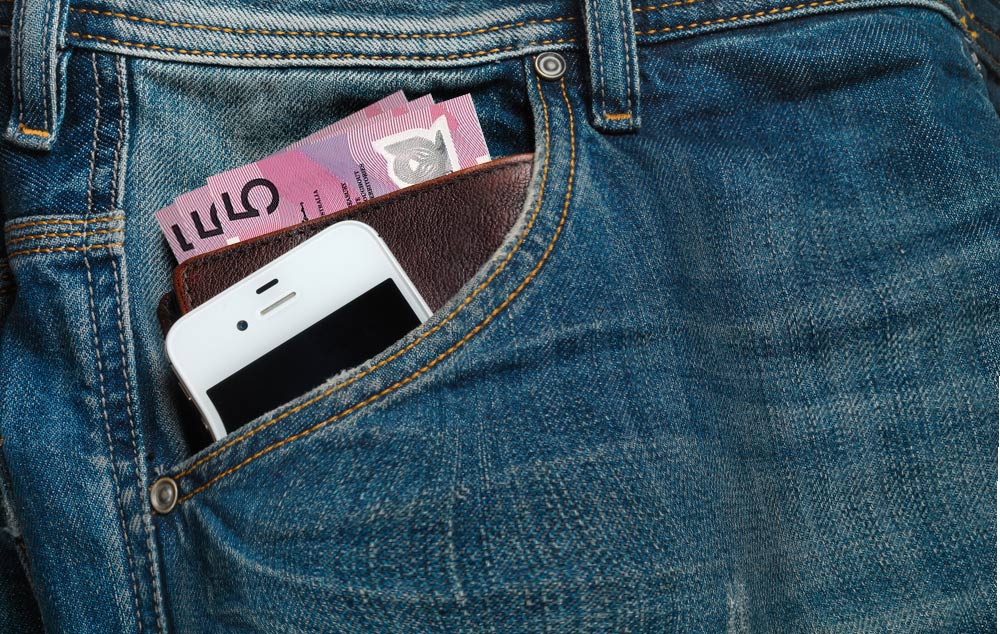 Local dimwit Guy Perry has today been lambasted by mates, after he was seen placing both his wallet and his phone in the same pocket – a move described by witnesses as “just bizarre”. Asked about the unconventional choice of pocket organisation, Mr Perry said it was something he had done “all his life” and he isn’t about to change things now just because “some brainiac from the pocket patrol” had come up with a better alternative.

“Phone and leather stay together,” recited Perry, seemingly believing that was a saying that actually exists, “that way you have space for all the other things that may need to go in your other pockets, such as spare coins, receipts and the odd loose piece of string”, he said, as he slid his house and car keys agonisingly into his back pockets.

Mr Perry insists he does not buy into the hype of the weirdness of his pocket placement position, stating that he was pretty sure this trend is going to catch on eventually. “I guess you could say I’m an innovator”, Mr Perry stated, as his earphones got pulled out due to his flailing hand gestures, and his inability to tuck them into his shirt.

Asked about whether having a phone and a wallet in the same pocket felt uncomfortable, Mr Perry shook his head. “Look how big my wallet is, still got my school card from when i was in year 7, and a library card I haven’t used since 2005. If i can fit that behemoth in my pocket alongside my phone then I’m pretty sure anyone should be able to do it comfortably,” he said as he took his wallet out, causing his phone to slip out and smash on the floor.