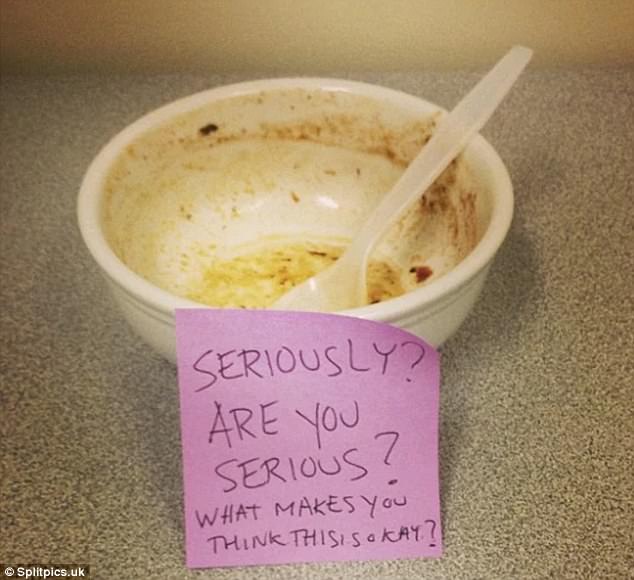 A man in his second week of working alone from home has started leaving passive aggressive notes to himself about the parlous state of his kitchen.

“Whoever left this, clean it up. I AM NOT YOUR MOTHER!” he wrote on a note after he left a half-eaten bowl of left-over spaghetti in the kitchen sink this morning, along with an open jar of Vegemite, and lots of crumbs everywhere.

The man later saw the note, but decided to ignore it. “I think I know who wrote the note,” said the man who wrote the note. “If I bump into him, I’m just going to imply that someone else must have left the mess there. The ugly guy who I sometimes see whenever I pass the mirror is notoriously messy. Real slob,” he said.

Earlier in the week, the man ate an entire packet of Tim Tams that he’d put there. It has led to a new rule which requires him to label all his food with his own name on it.