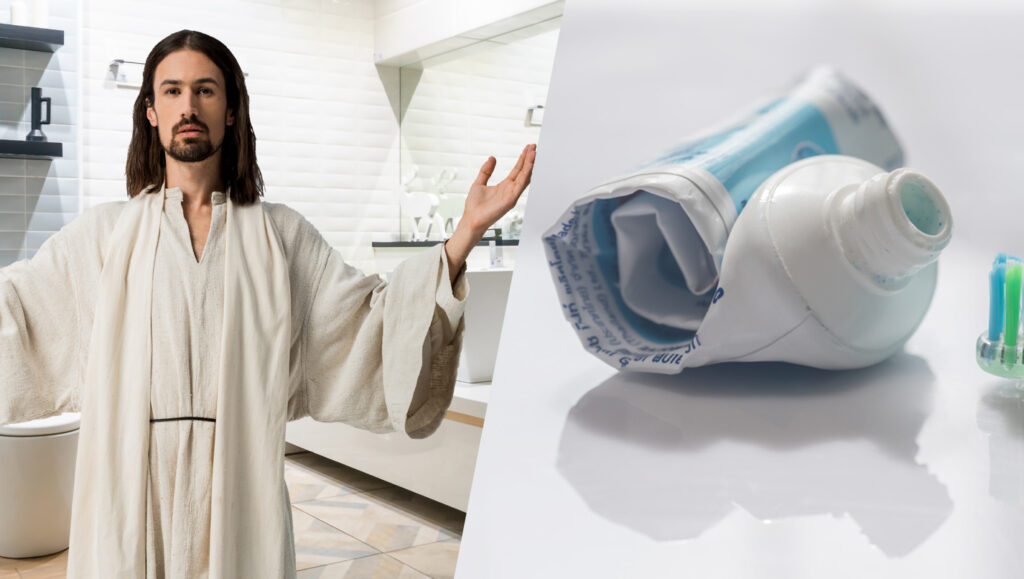 Local bachelor Mike Gregson has today entered his 8th week of thinking he really should replace his empty toothpaste tube. “Ha! Still some life left in this one,” said Mike as he squeezed 1mm of paste out of a corner of the tube for the 5th week in a row. “Now to have a swig of this last 0.5% of mouthwash that has been stretched out for three weeks.”

The toothpaste tube, which has now been flattened, rolled up, and then had the top pushed with a vice like grip at 90 degrees so many times that it has more wrinkles than the queen, flies in direct contrast to Mike’s floss roll, which is somehow still going strong despite having been purchased in 2004.

“Yea, I had a few scientists in last week because apparently my bathroom habits have broken all known laws of physics,” explained Mike. “Between those three and the shampoo bottle which seems to mysteriously empty itself every time my housemate enters the bathroom, they seem to think there must be some kind of time warp going on, which would explain why I suddenly forget I need to buy new toothpaste every time I leave the room.”

Local man squeezes 8 weeks of toothpaste out of empty tube