General News
Nation’s barflies inspired to learn they’ve got what it takes to be Deputy PM
August 5, 2021 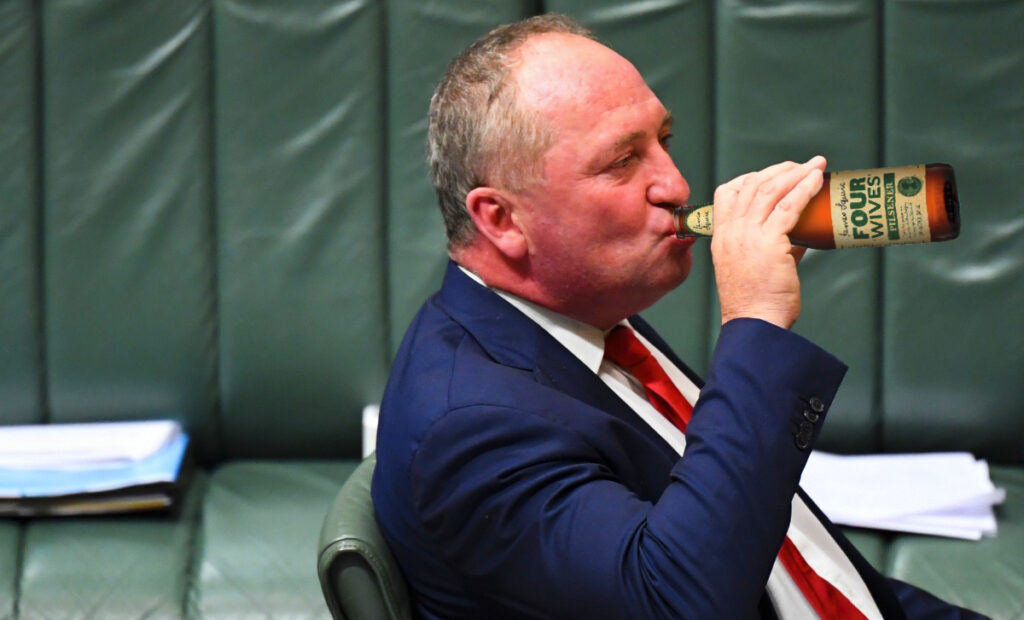 Drunks, fornicators and adulterers across Australia are celebrating today upon learning one of their own has risen to the ranks of Deputy Prime Minister of Australia.

Despite their increased representation in the federal parliament, roaring alcoholics have historically struggled to reach the upper echelons of the political hierarchy, having instead to settle for work in the NSW parliament, or as that one public school teacher that always puts DVDs on for afternoon classes.

“It’s just such an inspiration,” explained Barry Martin, 48. “I was lying in a pool of my own vomit yesterday afternoon, trying to work out how I had gotten here and whose blood was on my knuckles, and thought, “You know, maybe I need to reassess where my life is going.”

“But then I saw Question Time playing on a nearby TV, where I saw Barnaby rambling nonsense and struggling to stand. I realised that if he can do it, so can I!”

Witnesses report having later seen Mr. Martin stagger over to his local National Party branch to apply for federal preselection, before knocked back when party vetters discovered he was was not cheating on his wife.