WRITTEN BY
Phil Jeffrey
For The Chaser 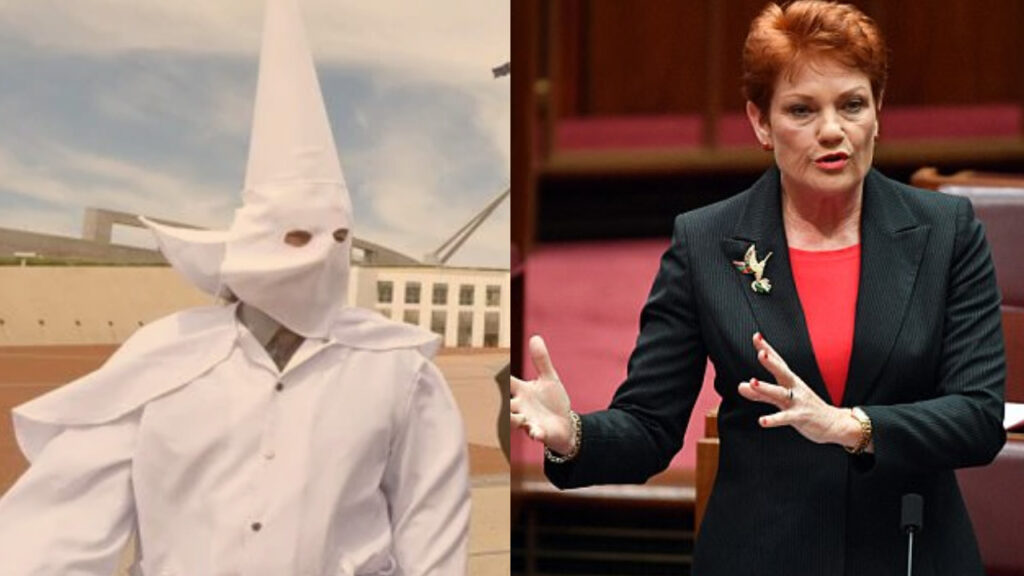 Breakfast TV’s favourite white supremacist and only senator whose IQ you have to dig for, Pauline Hanson, has today used her appearance on the Today show to reveal her brand new line of face coverings to help those affected by the bushfires.

“I’ve, uh, been looken around at me uh fellow peoplesh and uh notished theys a bit harder to shee,” explained Hanson via a Facebook post today, “at firsht I short it warsh the jusht the shmoke from the croshes but then I notished it wash evewywhere!”

“Sho I thought to myshelf, I thought Pauline you have to do shomeshing, and then I looked around and I shaw one of my frensh wearing this white, full fashe mask, and I thought ‘Pauline, you could sell theshe!’.”

The line of facemasks is said to contain a range of options, from the ‘white hood’ style popularised by Frasier Anning, to Hanson’s famous burqua that she wore in order to protest people wearing burquas.

“That one’s great,” explained Hanson twelve minutes into a rant about wind turbines causing autism. “I’ve actually added that one to my regular wardrobe. Turns out people don’t spit in my food nearly as much when they can’t see my face. It’s very strange. Maybe we should be getting the CSIRO to be investigating that instead of wasting their time on climate nonsense.”