loading...
General News
Perrottet announces commitment to having the most diverse cabinet of rich straight white men possible
1st of your 1,000,000 free articles this month 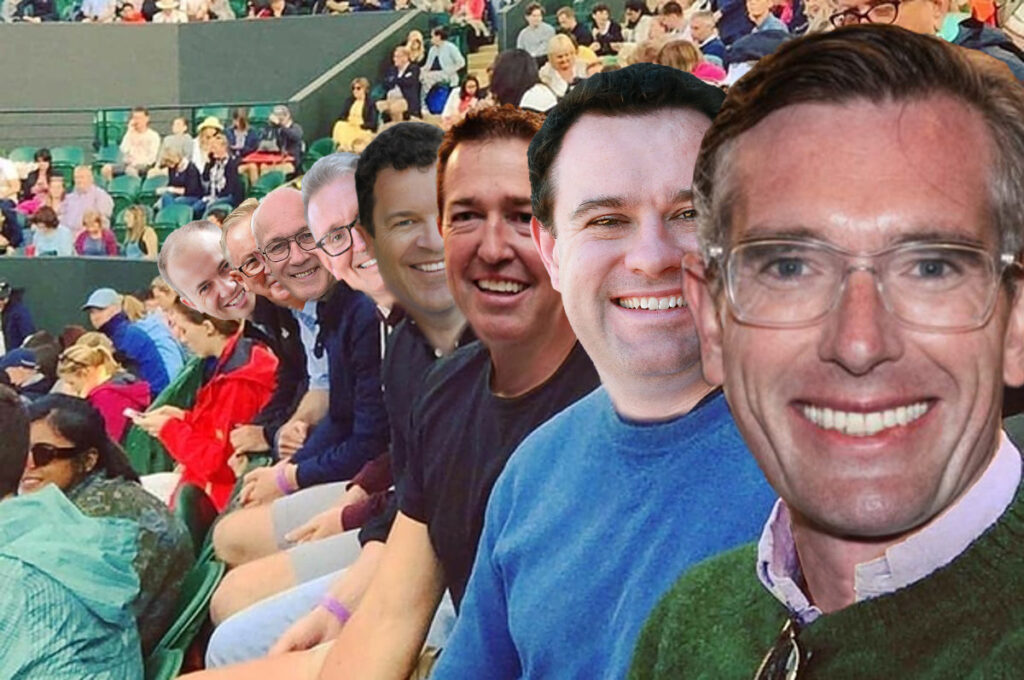 NSW Premier Dominic Perrottet has responded to criticisms regarding the lack of diversity within his cabinet by telling the press pack that his party is committed to being the most diverse group of rich, able-bodied, straight, white men as they can possibly be.

“Our cabinet represents Sydney to it’s core,” said Perrottet at his latest boozed up photo-op, “this city was built on helping rich white men succeed so we are very much it’s core and always have been.”

“The suggestion that we are not diverse is in itself racist, sexist, classist and discrimination based on sexual orientation. I mean it is 2021, are you saying that because we are men we can’t girlboss like our friends Gladys and Gina?”

“We have so many diverse people, see while I am catholic some of my colleagues here represent many other forms of Christianity. And we can not overlook that some of us went to Sydney University, while others went to other elite universities. So we all have a lot of real world experience in our private clubs, yacht races and watching the commoners preform theatre.”

“I mean if you think about it, only a small percentage of the population are rich, able-bodied, straight white men which makes us a minority. I thought the left wanted more minorities in parliament?”