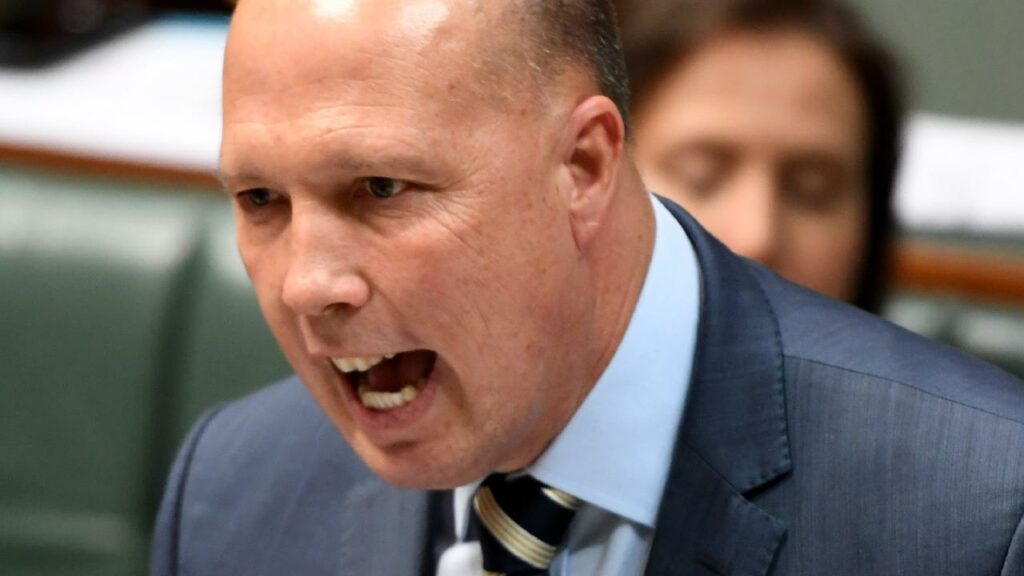 Minister for Legumes Peter Dutton has today descended from his ominous hillside castle to demand that Victorian Premier Daniel Andrews immediately open the border to the french backpacking nannies of his close acquaintances. “I have been very clear on my stance on borders for years now,” explained Dutton between sips on his goblet of blood. “I think they should all be closed except if somebody bribes me enough and the person trying to get through is white.”

Asked why he has chosen to speak out now, instead of the much larger lockdown that happened a few months ago Dutton said it was simple. “Well you see the virus is different now,” explained the Dark Omen for Dickson. “Before the lockdowns were affecting all states, so it wouldn’t look good for us to oppose them. But now it’s only the Labor states that are locked down, so clearly it is a stupid to try save the lives of those voters.”

Asked how his proposed solution would work, given there are likely no French au pairs given the national borders are currently closed, Dutton explained that while they are closed, he has still been letting in any and all French au pairs, as clearly they are an essential service. “Just think of the devastation it would cause for the economy if our nation’s wealthy elites were forced to do domestic duties themselves,” explained Dutton. “Gosh, you don’t get to be a powerful CEO by doing cooking, cleaning and child rearing you know. Those jobs are for the lazy poor who we don’t care very much for at all. Now if you’ll excuse me, I have a booking to appear in someone’s mirror in ten, so I have to go put my fangs in.”