General News
Plan to go to bed at reasonable hour foiled by lure of doing nothing in particular for 5 hours
May 21, 2019 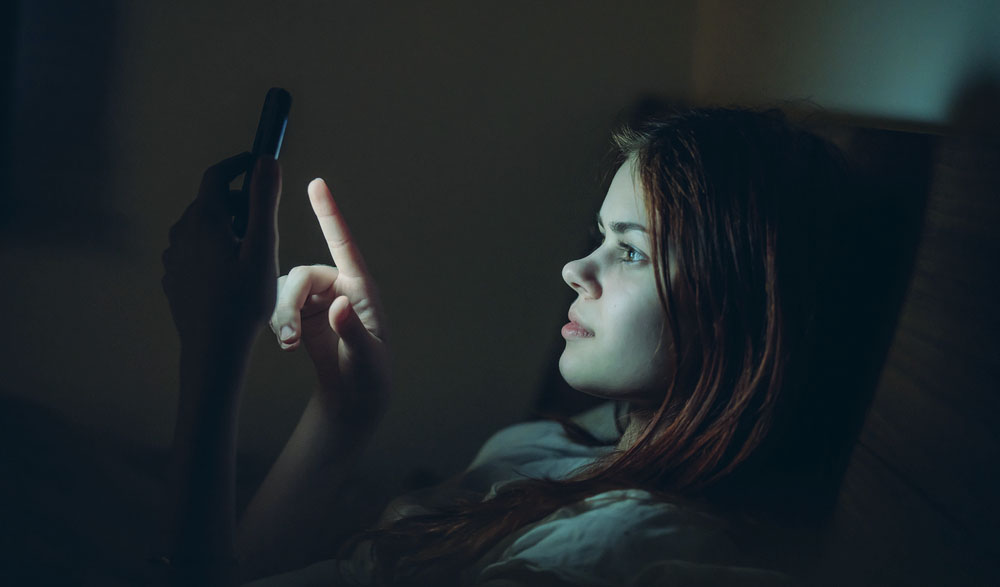 Local university student Sam Williams has today decided to stay up until 3am, in an effort to catch up on all the YouTube videos she has missed out on over the last 12 years. Stating that it was imperative that she stay informed about what happens when you drop a bowling ball off of various high structures, Sam declared she definitely wouldn’t regret clicking on the 15th “one-more” video of the night when she had to be up at 7am for class the next day.

“Sure I could go to bed at a reasonable hour and wake up rested and ready to seize the day,” said Sam, “But I’m pretty sure my future self would never forgive me if I didn’t read this article explaining the thirteen reasons why Hollywood will no longer employ Mike Myers.”

“On top of that there’s also the twelve episodes of the latest Netflix series that I need to work my way through tonight. God knows they won’t still be there tomorrow.”

Though she had previously pledged that 2018 would be the year she would start getting up at 6am and going to the gym every morning, Sam says that she has not given up the plan, and is simply taking a few months off to treat herself. “I’ve still got the $150 gym subscription, so that will hopefully motivate me eventually,” says Sam “And I’ve set my alarm for 6am so odds are I’ll be up and ready for action in the morning.”

Update: Sam could not be reached for comment this morning to confirm the quality of her decision, on account of deciding to sleep in as “I can probably afford to miss another class, after all it’s only the seventh I’ve missed this week.”