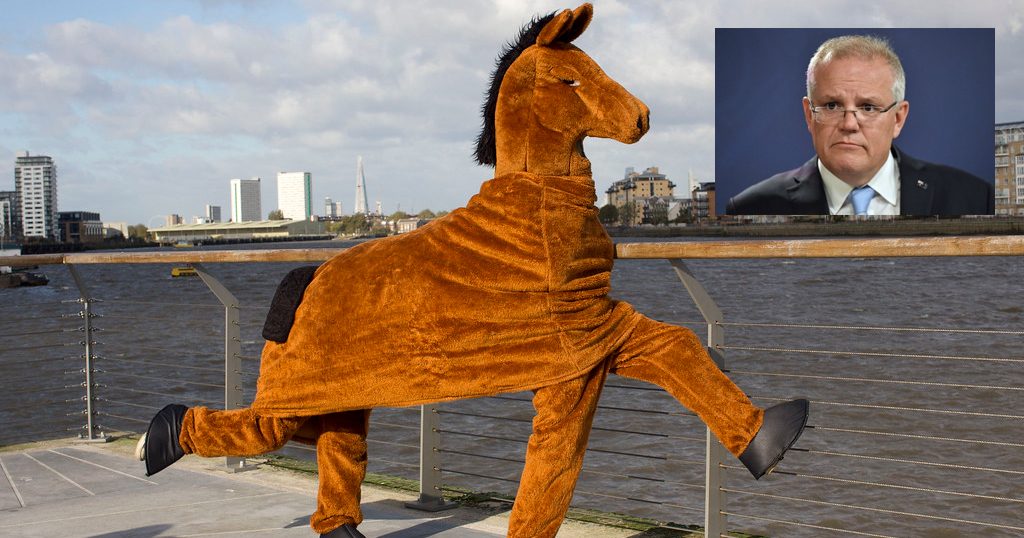 “Most Australians are doing the right thing,” said Morrison, “but there will always be elements of society that want to push the boundaries and spoil it for everyone else. I’m not going to go into the ‘whys’ about why we need to make this so clear – but be assured that if there is more than one pantomime horse in one place at one time there is going to be trouble.”

Police have the power to issue on the spot fines to people or pantomime horses gathering in contravention of the limit. It is not known whether the fine would apply to both members of the horse, or be split between them.

When asked, the Prime Minister would not confirm whether the rules applied to children on one another’s shoulders in a raincoat, Krang and that big guy that carries him around, and pantomime cows.