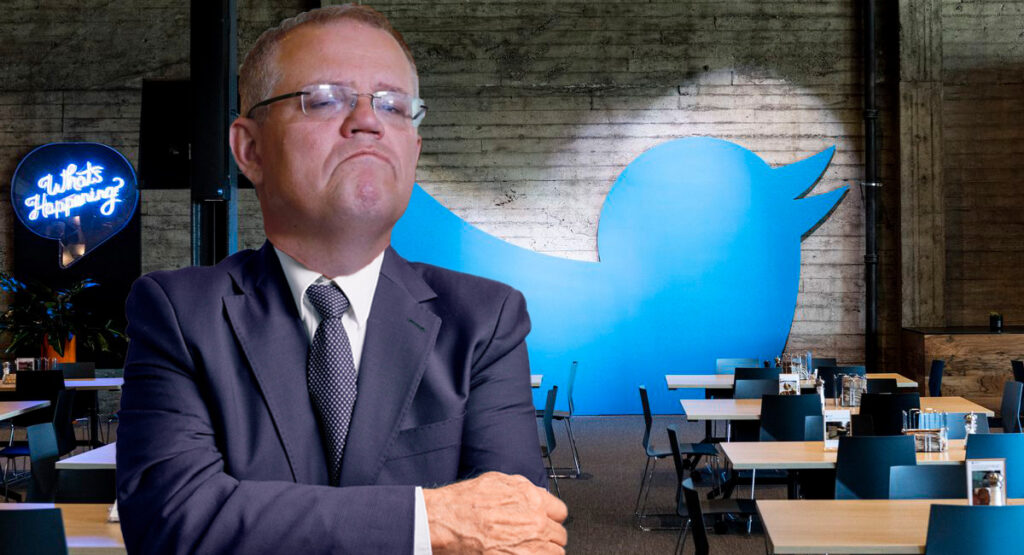 Prime Minister and Member for Cook(ed), Scott Morrison has today announced plans to hold powerful “regular people on twitter” to account, stating that we must hold social media users accountable when they call defenceless dodgy-rich-people names.

The PM then took a moment to reaffirm his belief that the country does not need a Federal ICAC, which would hold those in charge accountable for any corruption.

“The power imbalance these bullies have over people like us is far too big,” cried the man who is literally in charge of the country. “We need to stop these big bad Twitter users from hurting my feelings with their name calling. They say things like ‘Snot Morrison’ and ‘ScottyfromDooDooHead’, they need to be in trouble!”

“People should practise what they preach and those big meanies don’t do that! They insult us but we would never hurt other people’s feelings. We just do nice things like Robodebt, ending the Safe Schools program, locking-up refugee children and covering-up an alleged rape. It should be illegal to do what they do!”

“What this country needs most is a way to hold people online accountable for their actions, as much as we love stress leave there is only so many holidays to Hawaii I can have before the stress you people cause me every time we do a bit of corruption gets too much. Enough is enough, clearly the police should be stopping them picking on me! Me don’t like. I am going to go cause, I need a juicy popper!”