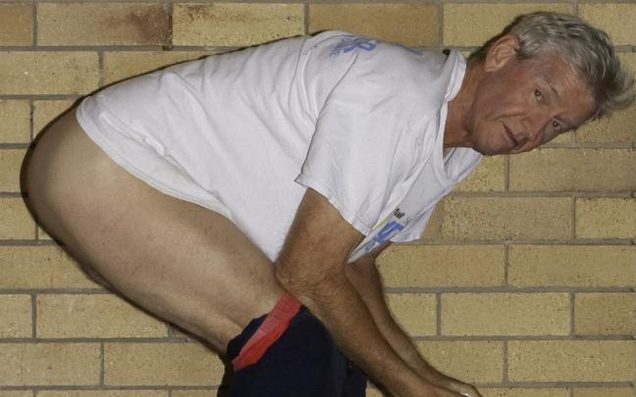 The poo jogger has told friends he’s hoping everyone will quickly forget the whole thing ever happened and move on with their lives.

“I hope I’m not known for this one thing for the rest of my life,” the poo jogger said.

Friends and family of the poo jogger were keen to reassure the poo jogger that they were sure the whole poo jogging thing would blow over. “Things blow over,” one friend reassured the poo jogger. “I mean, who still remembers that time Prince Harry dressed up as a Nazi? Or when Malcolm Fraser turned up without his trousers in Memphis? Hardly anyone.”

“In 100 years from now — who knows, maybe poo jogging will become a thing,” his wife reportedly reassured him. “Maybe it will be accepted practice to shit in front of apartments while going out for a jog? Maybe you’re the true thought leader here?”

Experts say “poo jogger” will almost certainly end up being The Macquarie Dictionary’s word of the year, however they said it is entirely possible the incident will be eventually be forgotten. “Occasionally the origin of words is lost to history. In 5000 years, who knows, maybe the term “poo jogger” will fall victim to etymological amnesia and nobody will remember the original poo jogger. After all, there are plenty of Ancient Egyptian words that we don’t know the origin of.”