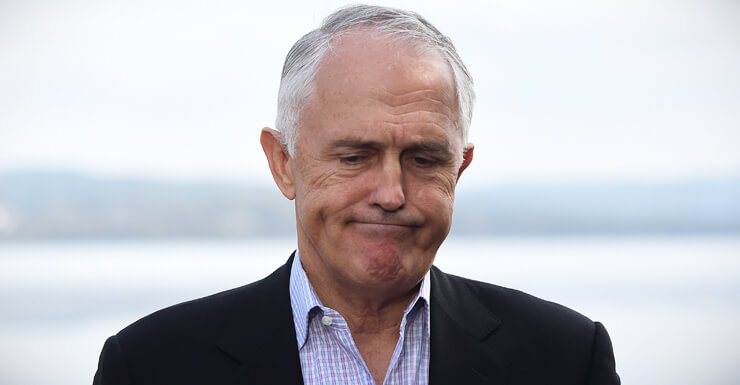 Prime Minister Malcolm Turnbull spent the entire day today wandering the halls of parliament imagining what it would be like to hold power in Australia.

The revelation comes after a deal he cut with the conservative faction yesterday to hold onto the Prime Ministership for one more day. All he had to do was completely reverse his previous support for renewables, and blame wind farms for the storm that hit Adelaide.

Insiders say Mr Turnbull has been seen shuffling his feet and disinterested in his food in recent weeks.

Backbench MP George Christensen has told reporters that Mr Turnbull has been wistfully gazing at him for minutes at a time during Question Time. “It was very clear he was imagining a world where he was as powerful as me,” said Mr Christensen.

Veteran political advisor to the Liberal party Samantha Johnson believes this sort of behaviour is “Extremely common for a Liberal party member, a yearning for leadership power is always on the mind of every single Liberal MP, it’s just in their blood.”

Sources close to the Prime Minister have revealed that if the Prime Minister cannot attain power within the coming months, he plans to retire to rural Tasmania and work as a Primary School Principal in the hope of holding more power and authority than he has at the moment.