WRITTEN BY
Moira Kennedy
For The Chaser 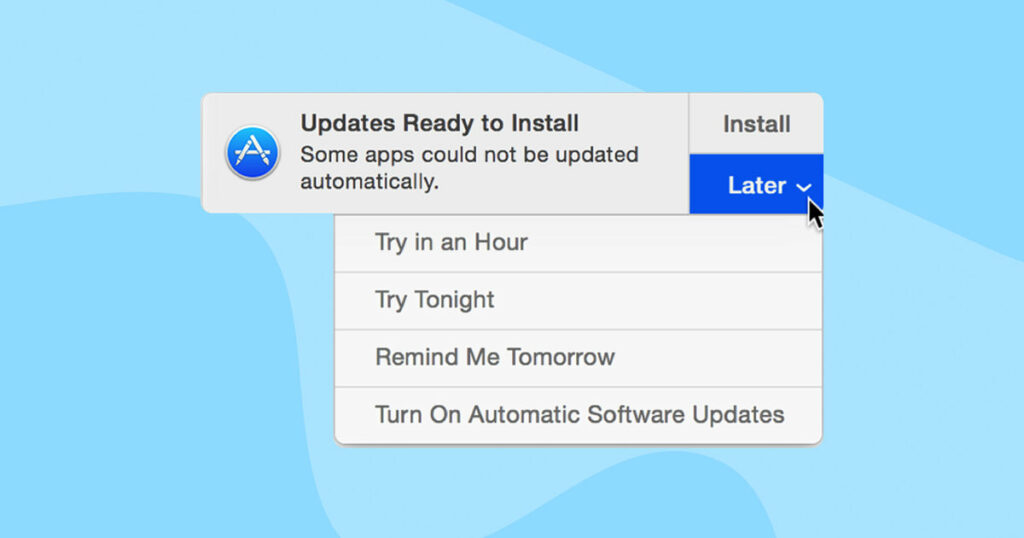 Local computer user and fulltime procrastinator Jenny Cassidy has today opted to put off the daily update on her computer for the sixth consecutive month. Selecting the ‘remind me tomorrow’ option for the 182nd day in a row, Cassidy says she just doesn’t have time to shut her computer down for an hour, given that she spends every waking minute on it.

“God, can you imagine having to be disconnected from the world for that long?” asked Cassidy, “I mean, what if someone messaged me on facebook and I didn’t reply instantly. They’d think I’m some kind of a monster. Friendships have been ruined by less.”

Cassidy also says she has been burned in the past, having accidentally selected “update now” instead of her usual option while trying to remove a notification during a Netflix binge. “God that was awful, the computer was completely written off for the rest of the day,” says Cassidy, “that was almost eight months of updates I’d built up then, almost at the point where it would have just been easier to buy a new computer rather than upgrading again.”

Asked whether she had any plans to update her computer in the future, Cassidy refused to commit, asking us to ask again tomorrow, at which point she may have made up her mind.